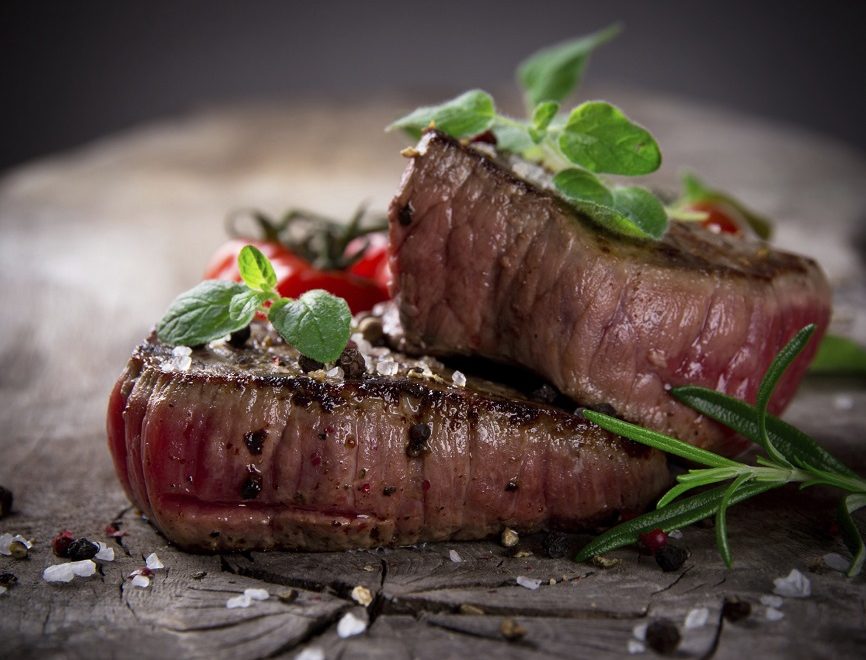 Beef might be king of the red meat industry now, but leaner specialty meats have been finding their way onto menus all around the United States. In fact, Bareburger — a New York City restaurant chain serving organic, all-natural, free-range burgers — inspired this story.

The increasingly popular chain offers not only beef, turkey and veggie burgers but also wild boar, elk, bison and ostrich — all of which have less fat and more protein than beef. This list examines the nutritional profiles and tastes of each of these four specialty meats, in addition to emu, which we felt deserved equal recognition.

To keep things in perspective, you should know that the U.S. Department of Agriculture defines a lean cut of beef as a 3.5-oz. serving, or about 100 grams, that contains less than:

One of our favorite lean cuts of beef is the delicious — and more importantly, inexpensive! — skirt steak. According to the USDA Nutrient Database, a 100-g serving of raw skirt steak contains:

This burly bovine has come a long way from near extinction in the late 19th century. In 1893, there were only about 300 left; fast-forward to 2007, and there were approximately 200,000 in the United States being raised for meat.

Bison meat is a deeper red color due to the lack of fat marbling, and the taste — though comparable to beef — is slightly sweeter and richer. The cuts of meat are similar to beef as well but should be cooked at a lower heat since there’s less fat.

And in case you didn’t feel proud enough of yourself for eating less fat, here’s more good news: According to the USDA, bison are allowed to roam free most of their lives without being given hormones and antibiotics.

According to the USDA Nutrient Database, a 100-g serving of raw bison contains:

About 1,000 U.S. growers are now raising the ostrich, the largest bird in the world, for meat, according to USDA statistics. The red color of ostrich meat appears a bit darker than that of beef and is very similar in taste and texture.

Because it’s leaner, it cooks faster, and is usually grilled, broiled, pan-fried, roasted or braised. Ostrich is sold in the form of steaks, fillets, medallions, roasts and ground meat, and contains more B vitamins than beef or chicken, according to a 2011 study published in Animal Science Papers and Reports.

According to the USDA Nutrient Database, a 100-g serving of a raw round cut of ostrich contains:

Elk, a member of the deer family, are bigger than deer but smaller than moose and reside in North America, Europe and Asia. Elk meat is described as having a mild, sometimes sweet beef flavor, and is a good source of iron, phosphorus and zinc, in addition to protein.

According to the USDA Nutrient Database, a 100-g serving of raw elk contains:

Emu — not to be confused with the unfortunate genre of music known as emo — ranks second to the ostrich in world’s largest birds. Though it is native to Australia, it’s now raised in at least 43 states.

Both ostrich and emu are technically poultry, but their meat is considered “red meat” because the pH of their flesh is similar to beef, according to the USDA. Like ostrich, emu is sold in the form of steaks, fillets, medallions, roasts and ground meat, and it appears dark, cherry red. It’s usually either lightly grilled, pan-fried or roasted, and is a very good source of riboflavin, niacin, vitamins B6 and B12, and iron.

According to the USDA Nutrient Database, a 100-g serving of raw, “full rump” emu contains:

Wild boars are the massive, hairy pigs that are so aggressive that they’ve been known to kill tigers in self-defense. While you may imagine them terrorizing some faraway continent, wild boars actually reside in 23 states in the United States with an estimated population of more than 2 million.

Wild boar meat is prepared like pork but tastes very different. Some describe it as “sweet,” “nutty” and “strong.” St. Paul, Minn., restaurant owner and chef Lenny Russo was quoted in the Star Tribune describing the flavor like this: “I don’t want to use the word ‘gamey.’ It has a feral quality that other pigs just don’t have. Let me put it this way: When you taste it, you can tell exactly what it is.”

According to the USDA Nutrient Database, a 100-g serving of raw wild boar contains: