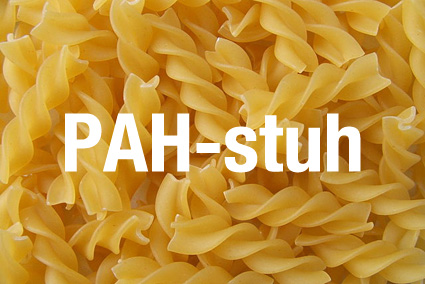 Bad news: You’ve been unwittingly pronouncing sherbet, bruschetta and probably a bunch of other words incorrectly all your life.

While we do recommend changing your ways if you still don’t know how to say “quinoa” or “espresso,” we will warn you that you’ll risk being labeled as a pretentious ass if you insist on saying some of the others in this list correctly. (Example: Saying “No, no, no! It’s KWAH-sohn!” when your date says her croissant is delicious will most likely hurt your chances of a second date.)

Pronounce the following words correctly or incorrectly at your own risk.

Update: After some helpful commenters pointed out that the “ay” sounds in the phonetic spellings of some of the Japanese words actually were supposed to sound more like “eh,” we adjusted the images. We appreciate the kind feedback!

This word deserves all the butchering it gets just for the obnoxious way it was spelled. Both ah-si-EE and ah-sah-EE are correct.

Don’t beat yourself up for this one. How were you supposed to pronounce a word that ended in “nh” anyway? The best most Americans can do is BON-me, and yes, the emphasis is on the first syllable.

You might get away with ordering broo-SHET-uh here in the states, but don’t even think about saying it in Italy.

This isn’t about that silent “t.” The beginning of the word is the problem, since many people say BUFF-ay instead of BOO-fay.

To that stubborn group of people still saying CAR-mel, we are begging you: LET. IT. GO. It’s KEHR-ah-mehl or KAR-ah-mehl. Three syllables. And there are four syllables in caramelize.

Apparently there are people out there who say “chi-POL-tay.” If you’re one of them, kindly correct yourself or step out of the burrito line.

Please don’t attempt to order “cock” at that nice French bistro you’ve been wanting to try even though that is technically what you’re ordering (i.e., rooster).

Or you can call it fancy sour cream. Just not in public.

No one correctly pronounces this French word for raw veggies with dip on their first try.

We’re putting this debate to rest. Both KYOO-min and KOO-min are acceptable. And it’s unacceptable for you to not try adding it to your next batch of guacamole (seriously you must try this).

You’re not likely to find this one on the menu in California anyway, but it’s FWAH-GRAH, not foy grass.

Like that show you “don’t like” that has a bunch of high school kids singing popular songs, only without the “L.”

Just say no to saying NO-chee.

People get heated about this one. Most Americans say GWAH-ca-MOE-lay, but the “g” is rarely heard in the traditional pronunciation of the word: WAH-cah-MOE-lay. We’ll call it whatever you want as long as it gets on our plate.

If you really want to get finicky, you shouldn’t pronounce the “h” in habanero.

Something as simple as green beans shouldn’t be this difficult to say.

Spelling this one phonetically was a challenge. The beginning of the word should have a soft “u” sound like “pull.” But no one will look at you funny for saying hum-iss.

This low-fat, fermented milk drink is frequently mispronounced in the U.S. as KEE-fur.

This is more of a common spelling error than a pronunciation blunder. Macaron and macaroon are not the same thing, and if you’ve been under the impression that macaroon describes those adorable little French cookies, you’re wrong. The tiny meringue sandwiches that come in different colors are macarons, and although you can pronounce it the same way as macaroons “mack-uh-ROONS” the French say mack-uh-RONS. A macaroon is a chewy cookie made with almonds or coconut.

There are two ways you could have screwed this one up: Either you’re adding an extra “r” between the “a” and the “s,” or you’re pronouncing “pone” as one syllable or you’re doing both.

Not MAN-aze. You pronounce the “o” when you say “mayo,” so don’t forget it in the long-form version.

You’ve probably been placing the emphasis on the second syllable, but it’s actually on the third.

If you can’t say it right, you don’t deserve it.

Now you can confidently order your nee-SWAHZ salad.

Surprisingly, the last syllable is not pronounced like the French name Jean. It’s PAR-mə-zon. Also important: Never judge a person for how much they choose to put on their pasta.

If you live in America and aren’t an Italian chef or Gordon Ramsay, you’re probably saying this incorrectly. It’s PAH-stuh, not PAW-stah. Pretend you’re going to say “pat” to get the hang of this one.

This Vietnamese noodle dish does not rhyme with “yo.” It should sound like the beginning of a certain four-letter word.

If you like your fries extra French, you order pohm-FREET.

Even the Canadians disagree on this one, but we’re standing by our research.

The best kind of shahr-KOO-tuhr-ee.

Impossible to figure out on your own.

Gordon Ramsay might look snooty as hell saying ree-SOT-toe on “MasterChef,” but he’s right. While the rest of us barbarians are going around saying ree-ZOH-toe, Ramsay knows not to use a “z” or long O sound in the second syllable.

Technically it’s SAH-keh if you want to pronounce it like they do in Japan.

This is why the English language is so damn frustrating. The “l” in “salmon” is silent. Why? Absolutely no reason.

There’s only one “r” in “sherbet.” And unless you’re under the age of 10, you really should have upgraded to sorbet by now.

There are multiple ways to get this wrong. Many people say TOOM-uh-rihk, while others mistakenly emphasize the second syllable and say ter-MARE-ik.

So yeah. All cleared up, right?

To save you ordering the “horses doovers,” let us whet your appetite with this little treat. It’s not as complicated as it looks.

With a big old Italian “eh” at the end (see “marscapone”)

And while you’re getting the habit, hereâ€™s provolone. Think about all the times cheese has made you happy! you could at least get its name right.

Found in various forms all over South and Central America. And in your kitchen too if you ask for it correctly.

You’ve been saying what now? Just be happy we no longer call it CrĂ¨me Vichyssoise GlacĂ©e.

Very popular in Brazil and an ingredient in your caipirinha (kye-peereen-yah). Try it again after a couple at the bar.

Traditionally call pachadi, the delicious condiment from the sub-continent certainly is worth the effort.

It’s that final “e” again that insists on tripping up the American tongue.

This small, disk-shaped pasta has a name that means “little ears.” So listen up.

Although it means a garnish of almonds, it is not (as is often the case) spelled “almondine” either.

Not the way your friend says it. It’s not from Chile.

These jelly doughnuts are to be found in your local Polish bakery if you’re lucky enough to have one. And now you can ask for them with impunity.

You might just hate us for this one but your favorite Dutch cheese is actually pronounced “how-dah” after the city of its origin. We’ll quite understand if you ignore us.

Editor’s note: I have no idea why some people get so heated about word pronunciations, but please note that we do maintain the right to choose not to publish disrespectful and inappropriate comments. Please remember that even though the Internet has provided us with many ways to express ourselves “like the ability to anonymously comment on stories” we’re all people and deserve to be treated respectfully. Thank you.