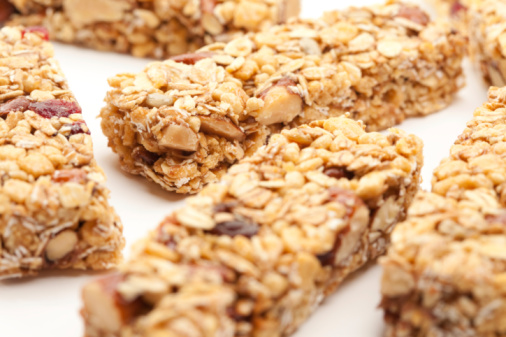 You worked six days this week, did a six-hour mega-triathlon and spent six hours traveling in traffic; your hunger has remained a steady six out of six, times six. Constantly on the go, with little prospect of preparing healthy snacks ahead of time, a convenience store might be your only hope of solace — and sustenance. Instead of grabbing snack cakes, select from one of the following six healthier prepackaged snack packs.

Low in fat and easy to unwrap, no wonder string cheese has remained a popular grab-and-go snack. Sargento’s 12-pack, part-skim string cheese is only 70 calories a stick, and offers 6 grams of protein. It may be an oldie, but it certainly is a goody!

With only 100 calories per pack, low sugar content and decent amounts of protein and fiber, how can you go wrong? You’d have to be nuts to pass up this snack.

Everyone craves a good cracker crunch every now and again. Not only does Snyder’s offer a variety of flavors in these crunchy delights — which include Garden Veggie Crisps, Potato, and Tomato and Spinach — they also crunch out a low percentage of calories and fat.

Need to power up your next snack craving with chocolate? Longtime sports coach Tim Moran suggests snagging one of Nature Valley’s newest additions: a dark chocolate protein chewy bar. At only 190 calories, 14 carbs, with only a small amount of sugar and 10 grams of protein, the only thing you need to chew on is the bar.

How anyone could resist the cuteness of a tiny raisin box is beyond me. Can you resist only 45 calories, zero fat and an iron boost contained in one Sun-Maid Mini-Snacks box? In addition, other raisin accolades include being high in potassium, as well as containing antioxidants and fiber.