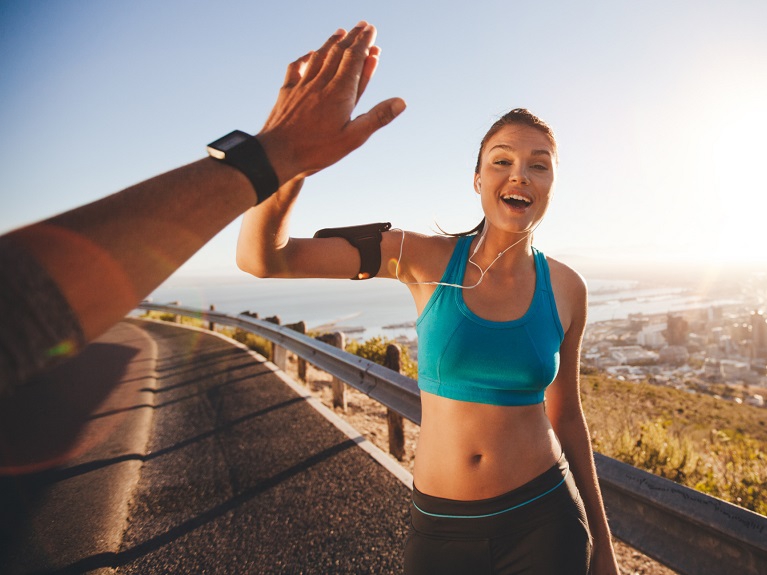 When it comes to exercise, some of us need a little more motivation than others. We tend to focus on the health benefits — and not just (or even necessarily) weight loss. Exercise helps us to keep chronic diseases such as Type 2 diabetes at bay, for example, and to maintain our cholesterol levels and blood pressure numbers within optimum ranges.

But now it looks like there’s yet another reason to embrace exercise. A new study says that sustained aerobic exercise, such as running, may make us smarter.

The team studied the effects of sustained running exercise, HIT and resistance training on adult hippocampal neurogenesis in adult male rats. In addition to the commonly used Sprague-Dawley rats, rat lines developed by collaborators at the University of Michigan were also used: rats with a genetically high response to aerobic training (HRT) and those with a low response to aerobic training (LRT). The exercise training period was six to eight weeks (running, HIT or resistance training) during which control animals of the same rat line/strain remained in sedentary conditions in the home cage.

The results indicate that the highest number of new hippocampal neurons was observed in rats that ran long distances and that also had a genetic predisposition to benefit from aerobic exercise. Compared with sedentary animals, HRT rats that ran voluntarily on a running wheel had two to three times more new hippocampal neurons at the end of the experiment. Resistance training had no such effect, while the effects of HIT were minor.

New hippocampal neurons produced as a result of neurogenesis are needed, among other things, for learning temporally and/or spatially complex tasks. The team believes that by promoting neurogenesis via sustained aerobic exercise, the neuron reserve of the hippocampus can be increased and thus also the preconditions for learning improved in humans.