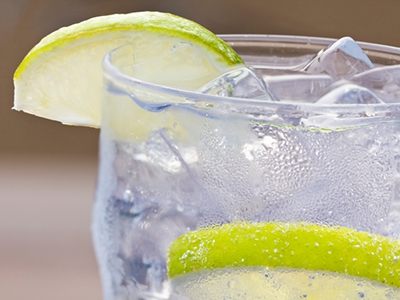 Those of us who find regular water boring often opt for seltzer water as a more satisfying alternative. But is it equally good for you?

A simple Google search will scare seltzer drinkers with reports about how the fizzy H2O doesn’t hydrate as well as its still counterpart, causes the erosion of tooth enamel, leeches calcium from bones and is linked to cancer, among other concerns. However, a little digging through the evidence reveals these claims don’t necessarily hold up under scrutiny.

Claim No. 1: It doesn’t hydrate as well as water does.

Seltzer water is just plain water that has been artificially carbonated. It’s absorbed by the body just as well as regular water and thus hydrates just as well.

However, seltzer water does tend to make us feel more satiated, an effect caused by the gas bubbles expanding in the stomach. This may cause the drinker to consume less than he or she would if it were plain H2O, so Livestrong notes that athletes who require more hydration than most may be better off with regular, old-fashioned water.

Claim No. 2: It reduces bone density.

This myth originated from the association between cola consumption and lower bone density. The problem with applying this belief to carbonated water is that the lowered bone density had nothing to do with the beverage’s carbonation.

According to Dr. Melina Jampolis, a physician nutrition specialist who explained the misconception on CNN Health, a 2006 study in the American Journal of Clinical Nutrition found that carbonated colas were associated with slightly decreased bone density in older women, but other non-cola carbonated beverages were not.

While this finding may have something to do with cola’s ingredients, it’s also possible that the lowered bone density was simply a result of not consuming enough calcium-containing foods and beverages, such as milk.

Claim No. 3: It erodes teeth enamel.

This isn’t 100% false. While studies show that carbonation is most likely not a factor in the erosion of tooth enamel, flavored sparkling water drinks have been shown to be just as erosive on teeth as pure orange juice.

Small amounts of carbonic acid are produced when carbon dioxide is dissolve in water to make carbonated water, but it still hasn’t been shown to have a negative effect on teeth. Nutritionist Monica Reinagel explains on Nutrition Diva’s website that “most water — even tap water — contains small amounts of calcium and other minerals, and these minerals buffer the effects of the carbonic acid and protect the tooth enamel.”

Claim No. 4: It irritates the stomach.

Anyone who has ever drank a carbonated beverage knows that all those bubbles can cause a little belching — maybe even some bloating. Therefore, it’s probably not a great choice for those with acid reflux or irritable bowel syndrome. It can also delay recovery for those with gastric ulcers by irritating the ulcer.

But for those of you who don’t fall into any of those categories, you’ll be happy to hear that carbonated water won’t cause an upset stomach — in fact, a 2002 study published in the European Journal of Gastroenterology and Hepatology found that it actually reduced indigestion and constipation.

Claim No. 5: It doesn’t flush toxins out of the body as effectively as water does.

The big scary “C” word. Relax. A 2006 study published in the Journal of the National Cancer Institute found that “high carbonated soft drink consumption did not increase risk of any esophageal or gastric cancer subtype in men or women.”

That said, Livestrong notes that if you suffer from gastric reflux or frequent heartburn, the stomach acid that’s brought back up into your esophagus can cause acid erosion and raise your risk for esophageal cancer.

Most seltzer water contains zero sodium, so you don’t have to worry about it affecting your blood pressure. But some brands do — though it’s still significantly less than the sodium in soda. Always check the label to be sure.

For those without hypertension, though, here’s some food for thought: Carbonated water with higher sodium levels may actually benefit you. In a 2004 article published in the Journal of Nutrition, it was found to reduce cholesterol levels and the risk of cardiovascular problems in postmenopausal women.

In a nutshell, carbonated water provides the same benefits as its less exciting counterpart. In some ways, it’s even better. Not only does it offer a refreshing change from still H2O, but it can also help you feel full, perhaps providing you with the self-control to decline seconds at the dinner table. Additionally, it could help relieve constipation and indigestion.

So if you’re one of the many people attempting to cut back on soda by subbing with seltzer, rest assured you’re doing your body a favor.