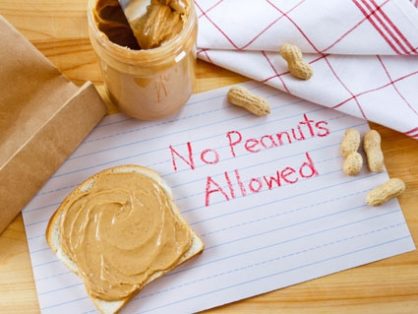 Is our addiction to cleanliness making us sick? A steady increase in the number of people with allergies would suggest so. According to the University of California–Los Angeles Food and Drug Allergy Care Center, around 1-in-5 Americans now suffer from adverse reactions to one or more environmental irritants.

The researchers argue that a tendency in the West to “protect” children from germs can actually be detrimental in the long run. This so-called “hygiene hypothesis” proposes that the more we provide sterile environments for our offspring, the more we create problems for them later on.

The hypothesis itself is not new, but ongoing scientific research seems to strengthen the voice of its proponents. Analyses of populations in developing countries, for example, show a much lower incidence of cases compared to the West.

The researchers at UCLA suggest that, as children grow, their “default” TH2 immune system, encountering normal environmental stimuli, matures into the more robust adult TH1 system. Basically, by shielding their children from perceived allergy triggers, parents may prevent a strong immune system from developing. This is as true of food allergies as it with dust and dander.

The LEAP study in the UK is an ongoing research project that seems to challenge the belief that children should avoid peanuts in their very early years since that’s when they’re most at risk from allergic reactions. The LEAP study suggests that “by repeatedly exposing the child’s immune system to peanut at an early age, their body learns to tolerate the peanut proteins.” The study draws its evidence from countries where peanuts are typically prevalent in the diets of children and yet where reports of peanut allergies are significantly less common than in the West.

This backs up what UCLA has to say about other types of allergies. “Our ‘developed’ lifestyles,” they say, “have eliminated the natural variation in the types and quantities of germs our immune system needs for it to develop into a less allergic, better regulated state of being.”

As with all health data, the methods by which figures are reported and collected should be taken into consideration. The level of those reporting allergies can be significantly affected by increased awareness of symptoms or triggers, as well as more effective reporting of cases.

Certainly, one should always urge caution. If you suspect an allergy may be present or developing in adult or child, consult your doctor.

It is true to say, though, that the body’s immune defenses, like many of its other faculties, are not set in stone. They can be nurtured to function more effectively, and they can be weakened by neglect. The studies at UCLA and LEAP seem to concur. Exposure to potential irritants can act something like a vaccine, allowing the body to prepare for what life will inevitably eventually throw at it.

Everyone likes a clean home, but perhaps some bacteria isn’t so bad after all. Staying safe and sterile may only be a short-term solution. Giving the body the means to fight for itself might well make a lot more sense.