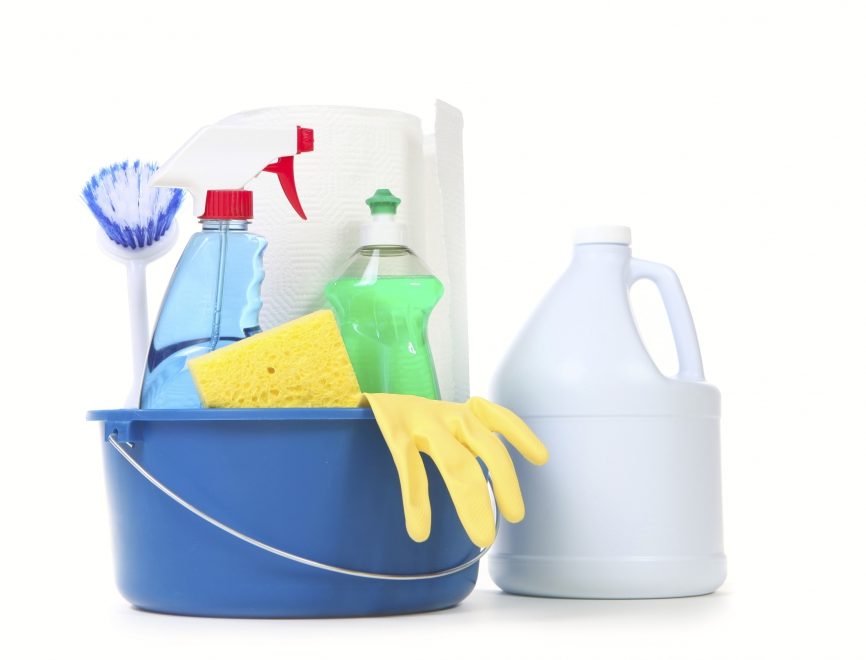 We all want to know our homes are safe and clean and, for those who have children, the concerns may have particular importance. Sometimes, however, even when we have the best will in the world, we might be doing more harm than good.

A new study published online in Occupational & Environmental Medicine suggests that prolonged passive exposure to bleach may be linked to childhood infections — including those of the respiratory system. Scientists in Europe studied more than 9000 children in three groups. The subjects were aged between 6 and 12 and attended 54 schools situated in Utrecht in the Netherlands, Eastern and Central Finland and northern Spain.

Their parents were given a questionnaire that recorded the frequency of a variety of illnesses — flu, tonsillitis, sinusitis, bronchitis, otitis and pneumonia — that had occurred in their households in the previous 12 months. They were also asked whether bleach had been used at least once a week during the cleaning of their homes.

It was found that bleach was used most commonly used in Spain — 72 percent of those surveyed said they used it in the home— while Finland only reported 7 percent. At the same time, all the Spanish schools involved were cleaned with it while those in Finland were not. The scientists also considered other influential factors in their study: the incidence of passive smoking, the presence of household mold as well as the level of education that had been achieved by the parents.

With all these things taken into consideration, it was found that the number and frequency of infections were higher among children whose parents regularly used bleach to clean their homes. The risk of suffering a single bout of flu was 20 percent higher in the children whose homes were cleaned with bleach. For tonsillitis, the risk was 35 percent higher. Additionally, for the same households, the risk of any recurrent infection was 18 percent higher than in an environment without bleach. The researchers say that, although the effects on health are “modest,” they should still be considered a significant public health concern and suggest more research is needed.

The authors of the study admit that their work is not entirely conclusive. The questionnaire collected no information about other cleaning products used nor was the precise nature and extent of the use of bleach in each home recorded, meaning that precise figures relating to exposure are hard to ascertain. The results are therefore observation rather than irrefutable — although the researchers add that their figures do back other studies indicating a link between cleaning products and respiratory symptoms and inflammation.

They conclude that “[t]he high frequency of use of disinfecting cleaning products, caused by the erroneous belief, reinforced by advertising, that our homes should be free of microbes, makes the modest effects reported in our study of public health concern.” We’ve covered society’s addiction to cleanliness before. The “hygiene hypothesis” suggests that the more we alienate our immune systems from those factors which stimulate our immune system, the more we open ourselves to infections and the development of allergic reactions.

The scientists also argue, however, that this sterilized environment might not be the only problem. They suggest that the irritant properties of volatile or airborne compounds generated during the cleaning process may damage the lining of lung cells, sparking inflammation and making it easier for infections to take hold. They say bleach may even suppress the immune system.

A clean bill of health

The Centers for Disease Control (CDC) have plenty to say about cleaning with bleach. The first item on their list is knowing the difference between cleaning, disinfecting and sanitizing. Though disinfecting — that is, removing germs — is often important, there are more ways to remove germs than by throwing bleach at them. Importantly, disinfecting kills germs but doesn’t necessarily remove them or dirt from your surfaces. Cleaning — with soap or detergent — will remove the dirt that harbors the germs that cause infections. Sanitizing with, for example, an alcohol based cleaner, “lowers the number of germs…to a safe level, as judged by public health standards.” The CDC also strongly advises using the products that you choose safely. Always properly ventilate rooms — particularly when using bleach. Keep the doors closed and keep children away from volatile substances. As well as gloves, you might want to wear something yourself over your mouth and nose while cleaning — nobody’s invulnerable.

Basically: use caution and moderation. Follow the instructions and warnings on packaging carefully and go easy on yourself and your loved ones. You might think that keeping your home or school clean is a sound method for preventing health problems — and so it is. Just be sure you don’t throw the baby out with the bathwater.