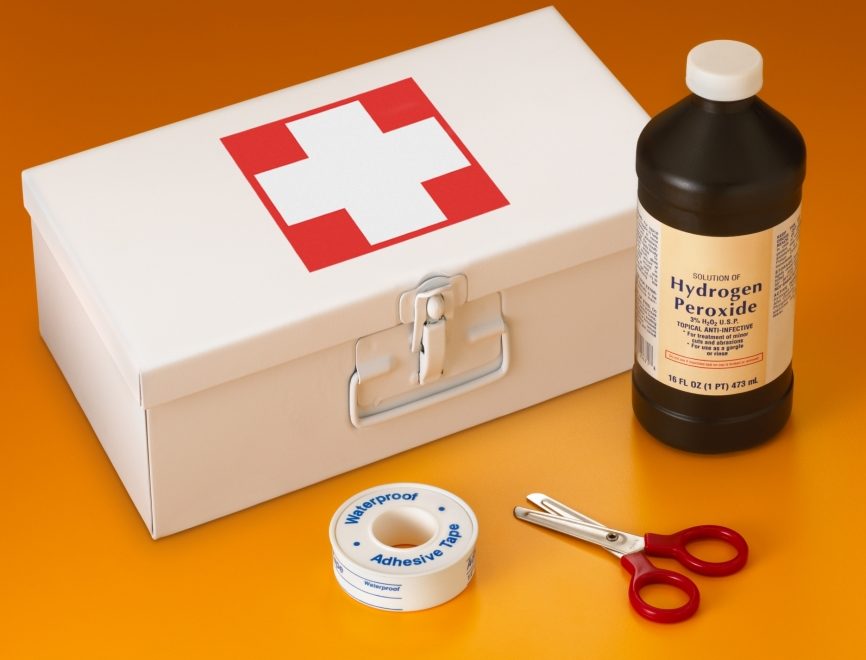 It’s no surprise that in the hustle and bustle of life in big cities people tend to covet the quick-fix. It’s also no surprise that if someone calls him or herself an expert or a doctor and has what looks like an established blog, that expert can package up a healthy dose of pseudoscience and make it sound absolutely 100% legit — such as the claims of the supposed multiple miraculous benefits of hydrogen peroxide.

All the brouhaha over hydrogen peroxide being a miracle cure-all began with a Dr. Koch, who was censured by the Food and Drug Administration in 1942 for his quacking quackery. Here we are 71 years later, and people touting hydrogen peroxide as a magic fix are still making the rounds, this time with the help of the Internet and social media.

According to the myth, H2O2 (hydrogen peroxide) is water with an extra oxygen atom, which can be absorbed through the skin in one of those 20- to 40-minute baths, and used by your cells as normal oxygen. And it sounds science-y. After all, phrases that sound authoritative, such as “in-depth research” and “eliminates toxins,” get thrown around so much so that it’s easy for people to forget that hydrogen peroxide is used to clean bathtub grout — it eats away that brown gunky stuff. So does bleach. You wouldn’t bathe in bleach, would you? (Please don’t.)

Soaking in a high concentration of hydrogen peroxide may cause irritation or even damage to your mucosal membranes in your delicate areas. But alas, you will get no extra oxygen from soaking in this mild acid used to clean wounds. You don’t have gills, and you are not an amphibian.

Some sites recommend you purchase their hydrogen peroxide kits and drink the stuff. Drinking will surely mean your absorbing that extra oxygen atom, right? Wrong. Please don’t drink hydrogen peroxide. Ever. Regardless of how much you dilute it or whatever amount of money you “invest” in what sounds like a safe “kit.” Drinking hydrogen peroxide can cause chemical burns in the esophagus, which can lead to scarring and even narrow it, making it more likely you’ll choke. According to the American Cancer Society, drinking the 35% solution can cause severe burns to the throat and stomach, vomiting and even death. The ACS goes on to state that direct skin contact with hydrogen peroxide and inhaling its vapors can also be harmful.

The reality of hydrogen peroxide is that many of us know what we’ve used it for historically: cleaning wounds and bleaching our hair. We know it can be used to clean corrosive pots and bathroom tile grout. But it’s easy to chuck common sense into the backseat when we want that magic fix, when we think we are doing the right thing and when we trust people who claim they have done thorough research and don a white coat. What motivates people — besides selling “kits” for your hard-earned cash and getting blog hits — to recommend something that has been debunked as, well, bunk, since the first quack got in trouble for peddling it like snake oil in 1942? Who knows.

But be aware of legitimate scientists and don’t limit your research to that one blogger who was supported by that one doctor and that other expert. Be safe, and let common sense take the wheel.