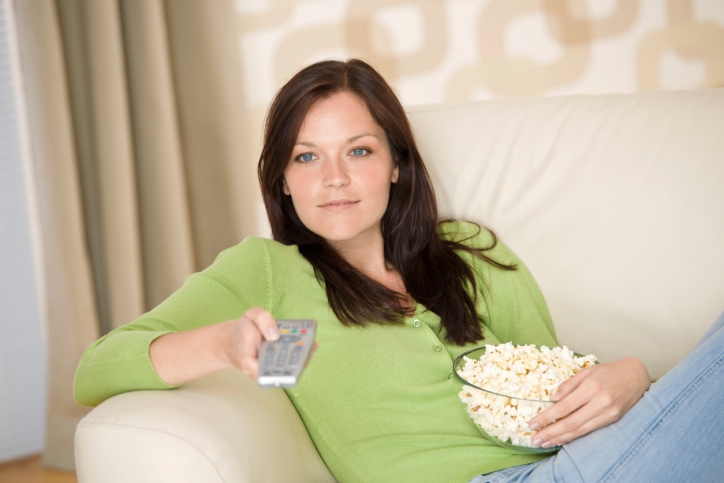 We’ve all heard it a million times — usually at that inopportune moment when we’re snacking on the most delicious cookie we’ve ever tasted at 9 p.m.: “You do know that eating late makes you fat, right?” Now you can respond with, “Wrong! HA! Shut your face and let me enjoy my cookie!” … Sort of. It turns out the time of day you eat does not affect the amount of weight you gain, but for some reason, it does affect how much you decide to eat, which of course affects your weight.

As the Centers for Disease Control and Prevention simply states, “The time of day isn’t what affects how your body uses calories. It’s the overall number of calories you eat and the calories you burn over the course of 24 hours that affects your weight.” But there’s a twist. Research from the University of Texas at El Paso and published in the Journal of Nutrition suggests that food eaten in the evening tends to feel less satiating than when eaten at other times of the day. Because of this, we tend to eat more later in the day.

The study followed 867 people who kept diet diaries that divided the day into four-hour periods, jotting down everything they ate or drank, its size or amount, the time it was eaten, how it was prepared, the eating environment and the attractiveness of the food. According to the Bastyr Center for Natural Health, they also recorded their mood and level of hunger and thirst at the time of eating.

The results showed that people who ate more in the morning ate fewer calories throughout the day, and those who ate at night ate more. This is because the individuals eating late weren’t eating dinner at 9 p.m. or 10 p.m. They had already eaten dinner and were simply vegging out in front of the TV, snacking or drinking alcohol — which many of us tend to forget also contains plenty of calories. The subjects’ diet diaries also indicated that the time between eating or drinking one thing and later eating or drinking another was reduced as the day went on, suggesting that people feel less satiated when they eat later in the day and thus consume more at night than they would in the morning or afternoon.

In conclusion, it doesn’t matter what time of day you eat. You want a chocolate chip cookie at 9 p.m.? As long as you haven’t already consumed your daily amount of calories, go for it! It could be noon or midnight — your body’s still going to store extra calories as fat. Just make sure you stick to your general daily calorie intake within that 24-hour period.