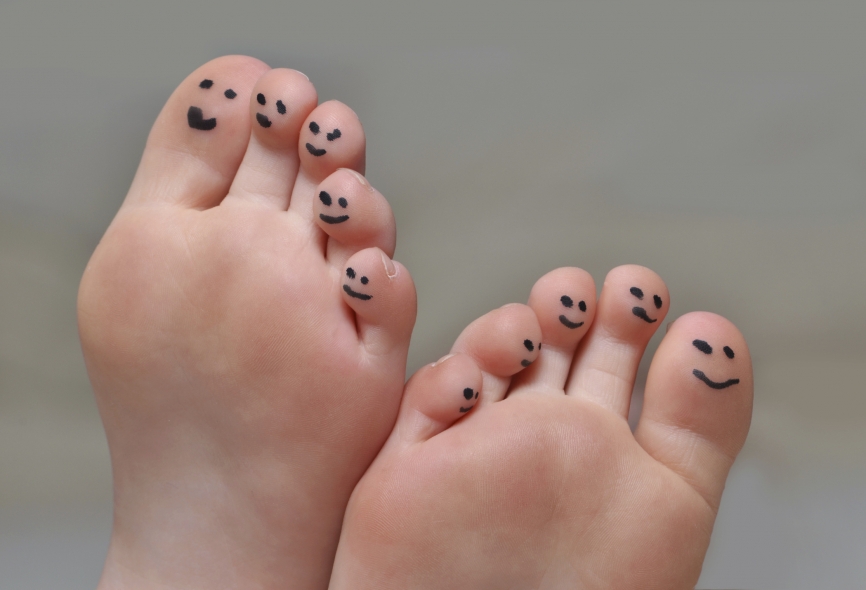 Pinterest has quickly become the go-to source for everything from recipes and interior design ideas to makeup tutorials and DIY tips.

One particular Pinterest post got our attention with a claim that soaking your feet for just 10 minutes in a mixture made with Listerine mouthwash — of all things — will leave those tootsies free of dead skin.

Who wants corns and callouses and rough heels, right?

But is a 10-minute soak in 1/4 cup of Listerine, 1/4 cup of white vinegar and 1/2 cup of warm water enough to give you beautiful, smooth feet? Given that we tend to be as hard on our feet as much as we tend to take them for granted, we decided to put it to the test.

Two noble test subjects — one of whom went on an epic five-hour trek and had very sore, blistered feet by his journey’s end — offered to soak their feet in the peculiar mixture to test the post’s claim that dead skin would “practically wipe away.”

But the amounts of Listerine, vinegar and warm water suggested by the original Pinterest post were not enough for either test subject, and they probably won’t be enough for you. So go ahead and double the recipe. Heck, triple it or quadruple it if you have to. Keep going until you can submerge your feet and really get that aaaaaah effect.

After a 10-minute soak in the mouthwash foot bath, both people felt relief from the day’s stress on their feet. Only Tester 1 was particularly aware of a pleasant tingling sensation that she credited to the Listerine. We wonder if Tester 2 didn’t feel tingling on account of walking for five hours prior to soaking his feet. However, neither tester felt their feet were remarkably softer after 10 minutes, and Tester 2 said he didn’t really see a difference between soaking in the mixture and soaking in plain warm water.

Both testers decided to keep soaking for a full hour. After one hour, both felt their feet were notably softer, and the dead skin, while not wiping away at all, was well ready for a pedicure. Tester 1 still enjoyed that tingling sensation, and by the next morning both testers said their feet — even the calloused parts — still felt very soft. But by the next morning, both testers also found that they had a case of Smurf feet. Rut roh! Don’t worry, they got better.

So the foot bath didn’t deliver on its very big promise. It still felt quite nice. The soak is also a nice alternative for anyone who happens to have mouthwash and vinegar at home, and wants a little something more than just warm water but doesn’t have Epsom salt or foot soaks on hand.

As we mentioned, the original recipe found on Pinterest won’t nearly be enough for you to submerge your feet, so adjust the recipe to reap all the benefits. Likewise, 10 minutes wasn’t nearly enough time for either tester to report significant results, so soak for a little longer. Of course, you don’t have to go crazy like they did and soak your feet for a full hour, but if you’re about to start a “How I Met Your Mother” or a “Battlestar Galactica” marathon anyway, then why not? Treat yourself.

Time the soak so that you can give yourself a pedicure afterward. If an at-home pedicure isn’t for you, then soak your feet a few days after getting one done, and repeat weekly to help extend the time between visits to the salon. Hey, we have to save those pennies wherever we can.

Regardless of whether you precede or follow up the soak with a pedicure, aim to do it at least once a week. Your feet deserve it, and so do you.

And as soon as you are done soaking your feet for however long you do it and especially if they go Smurftastic on you, rinse them in warm water. Dry them thoroughly, apply some lotion to help keep them moisturized and if you’re really hardcore, put on a pair of comfy socks to lock the moisture in.

Don’t like the resulting blue feet? Try regular Listerine. You may well end up with gold feet, but at least you won’t feel like a Smurf. Remember, the blue fades away eventually, although for some faster than others.