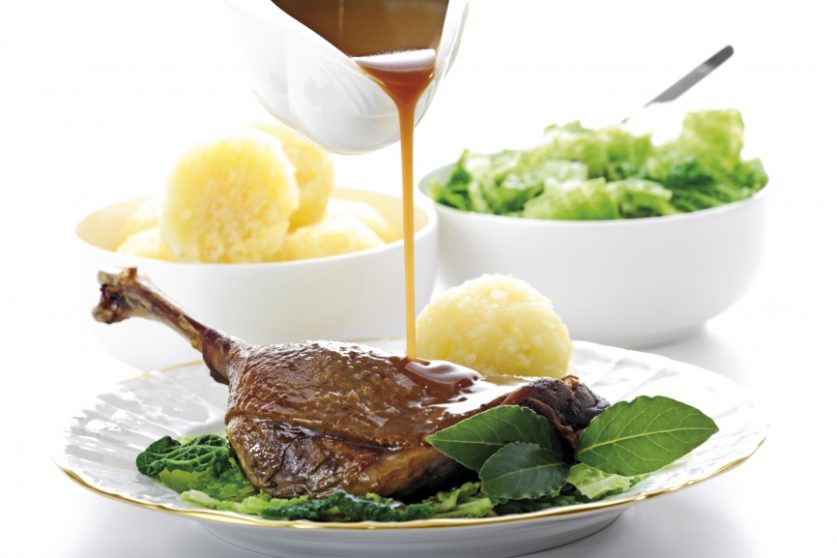 You may already know that we are bonkers about food and trivia. Naturally, we couldn’t resist digging for more food-related phrases and their origins. Ready to get your nerd on? Come on, show those foodies what you’ve got!

Etymology: Adam, of course, is an allusion to the first human of Christian tradition. Water symbolizes the purity of Creation in Eden before the devil had a chance to corrupt Adam and Eve with his demon drink.

2. As keen as mustard

Etymology: This phrase originates in England and may date as far back as the 17th century. Its use stems from the shift in meaning of the word “keen.” Originally meaning “sharp” — a keen-edged sword was important in Tudor Europe — its use to describe the tang of mustard becomes clear. As “keen” gradually shifted from meaning “sharp” to something more like “eager,” the phrase traveled with it. Enthusiastic mustard, anyone?

Etymology: Here we have another food phrase from medieval Europe. In the days when salt was a great deal more important (and scarce) than it is now, access to it was one signifier of your social standing. On formal dining occasions, nobles would sit at the head of the table and flavor their food with salt from a large ornate salt cellar while those of lesser standing were condemned to more bland offerings further away or below the salt.

Meaning: A cup of coffee

Etymology: Nobody seems to be entirely sure about this one. A popular (but incorrect) belief is that it comes from the introduction of new regulations by the secretary of the navy, Josephus Daniels after World War I, which stipulated that nothing stronger than coffee could be served to sailors. This theory doesn’t hold much water, however. Two other theories are much more likely. The first is the simple idea that “Joe,” as a common synonym for average-ness (“average Joe,” “G.I. Joe,” “Joe Schmoe,” etc.) results in the word being applied to the everyday person’s drink. The second possibility (and the strongest to date), put forward by British linguist Michael Quinion, is that we get the word from a contraction of a so-called compound word. “Java” and “mocha” became “Jamoke,” a drink taken by Reserves in the 1930s, and was soon shortened to “Joe.” You have to get up very early in the morning to catch linguists out.

Etymology: Like salt, eggs were very symbolic in early cultures. This phrase, however, is unrelated to eggs themselves. To “egg on,” or, more accurately, to “edge on” is to encourage someone to proceed, perhaps recklessly, with whatever it is they are doing — perhaps eating that fifth omelette.

Etymology: This one gets a little complicated — and it has nothing to do with curry. According to the OED, the word “curry” itself comes from the Old French verb conraier meaning “to put in order, prepare, arrange, dispose, [or] equip.” It was used right up to the 19th century to describe the preparation of a horse — to “curry” the horse was to brush it down and make it look its best — thus it came to describe human flattery. “Favor,” in this sense, is a mishearing of “favvel” or “fauvel,” who was a horse character in the 14th-century French poem The Romance of Fauvel, which satirizes the contemporary court and church. The name Fauvel (meaning “fawn-colored”) also spells out the first letters of the human vices: flattery, avarice, vileness, variability, envy and laxity). As the horse gains power in the French court, the foolish courtiers attempt to “curry favor” through flattery and obsequiousness.

Etymology: In America, “salad days” might refer to one’s glory days, a time when life was at its best. In England, where the phrase originates, it simply means the days of a person’s youth, whether good or bad. It was coined (as far as we can tell) by Shakespeare. In the 1606 play Antony and Cleopatra, the queen refers to her “salad days / When I was green in judgment: cold in blood.” The metaphor of freshness, quickly wilting is still familiar to us all.

Etymology: No one who witnessed the global financial meltdown of 2008 and its aftermath can fail to understand the meaning of this phrase. People on the “gravy train” pocket easy profits or wages while the rest of us look on in wonder. Gravy, as we know, makes a great meal a great deal better and so the word came to imply an added luxury or surplus. According to some sources, the railroad association came about around the turn of the 19th century when that industry was at its peak. Long runs required a lot of man hours and fuel could get very expensive, whereas short runs could deliver a lot of goods for very little outlay. The richly rewarding short journeys of the “gravy trains” became a metaphor for a system that pays well for minimum effort.

Meaning: An enhanced version of something, usually mechanical

Etymology: It may be hard to see how adding soup to something is going to vastly improve its performance. Yet, according to the World Wide Words blog, the phrase “souping up” has become inextricably entwined with the idea of the supercharged road racers that appeared on America’s roads almost as soon as cars themselves did. That, however, may not be its first incarnation. Before it came to refer to only your starter dish, “soup” was a general term that meant any impenetrable liquid — the “pea-soupers” of Victorian London were thick smog that frustrated Sherlock Holmes more than once. By 1911, Webster’s defined it as “any material injected into a horse with a view to changing its speed or temperament.”