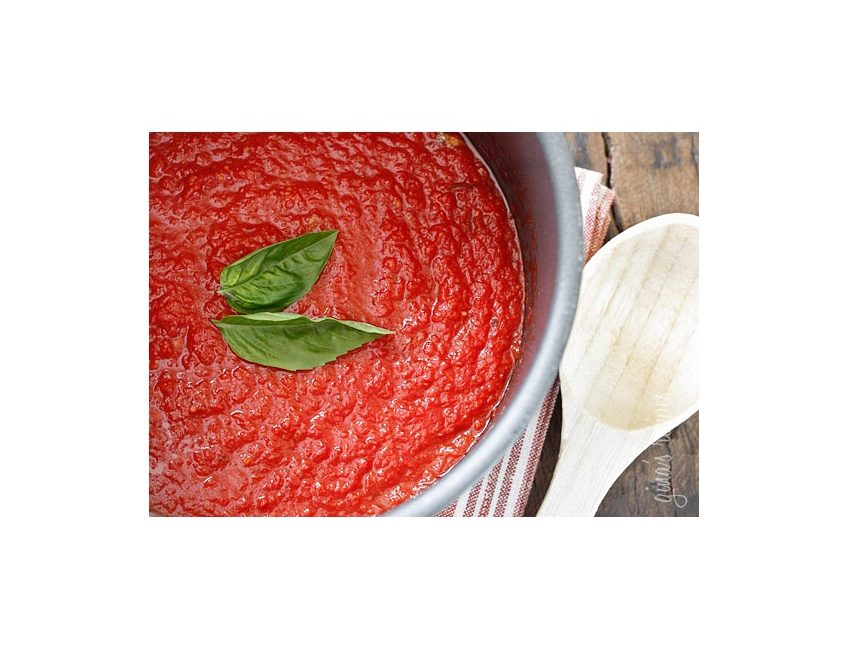 If there’s anything more dangerously tempting than a rich, decadent dessert, it’s a big plate of pasta with alfredo sauce. Carbonara and vodka sauce don’t fall far behind. These sauces typically contain more fat than you want to know about — but they don’t have to.

The following recipes for 10 popular pasta sauces are just as satisfying but don’t leave you feeling the need to sustain yourself on only salads for the next week.

ALFREDO
The cheese-lover’s guilty pleasure no longer comes with the guilt. Rachael Ray’s skinny fettuccine Alfredo not only cuts the calories and fat; with only 10 minutes of prep time and 15 minutes of cook time, it also cuts the hassle.

Eat Good 4 Life’s photo of its skinny fettuccine Alfredo with spinach epitomizes the reason we despise writing about food in the afternoon: We can’t help but be hungry looking at it! The blog uses Greek yogurt, cottage cheese and unsweetened soymilk to whip up that rich, creamy texture and taste we love about Alfredo.

ARRABBIATA
Spice up pasta night with this sauce that’s classically made with garlic, tomatoes and red hot chili peppers cooked in olive oil. Health.com’s easy-to-make penne rigate arrabbiata clocks in at only 298 calories and 7 grams of fat per serving, using crushed red pepper to add the kick.

If you’d rather take the extra time to use fresh ingredients and a slightly more complex recipe — we recommend you do! — Sur La Table’s version of the sauce contains fresh, ripe Roma, plum or San Marzano tomatoes and Serrano chiles.

BOLOGNESE
We love recipes that give us an excuse to make another trip to the farmers market. Clean Cuisine and More’s recipe for “healthy slow-cooker Bolognese sauce with veggies galore” combines a plethora of fresh ingredients, including carrots, bell peppers and zucchini. Leave those simmering with lean ground beef — the website specifies “grass-fed” — and tomato sauce for hours in the crockpot, and you have a mouth-watering sauce to put over the pasta of your choice.

While some Bolognese recipes rack up the fat with plenty of pancetta, butter and heavy cream, Skinnytaste revamped the traditional dish by using 95% lean ground beef (and less pancetta), less butter, and half and half instead of heavy cream. Half of a cup totals only 106 calories and 3 Weight Watchers Points+.

CARBONARA
It’s difficult to imagine a low-fat version of a pasta dish based on eggs, cheese and bacon, but these two recipes might have actually gone above and beyond and improved the classic dish (at least in our minds). Tastebook’s spaghetti carbonara ditches the bacon for nitrate-free, deli-fresh ham, and throws asparagus and sun-dried tomatoes into the mix. Not bad for 397 calories and 8 grams of fat per serving!

Eating Well’s spaghetti alla carbonara also nixes the bacon but instead replaces it with prosciutto or Canadian bacon. The recipe’s green of choice: broccolini or broccoli rabe.

MARINARA
Don’t underestimate marinara. It might seem simple or boring compared with other traditional Italian pasta sauces, but it’s No. 1 in versatility. Throw it on pasta, use it in eggplant Parmesan or dip zucchini sticks in it. Skinnytaste’s marinara is perfect for all of the above — and only contains 51.5 calories and 0.8 grams of fat per serving.

The Science of Eating’s light and healthy marinara sauce packs a lot of flavor without a lot of work. Make more than you need and save it for your next Italian dish!

MARSALA
If you’re mad about mushrooms, you probably love chicken Marsala. Unfortunately, many recipes can go a little overboard with the butter. Women’s Health is an exception, offering a chicken dish with only 224 calories and 2 grams of fat per serving.

PESTO
With an infinite number of unique, delicious and healthy ways to make pesto, we struggled to choose our favorites. Love & Olive Oil’s recipe made the cut, combining arugula and pistachios for an amazing mixture that can coat pasta, be spread on pizza or give your sandwich the extra flavor boost it needs.

We also couldn’t resist My Kitchen Addiction’s Swiss chard pesto — the basil and Swiss chard perfectly complement each other, and we love that it incorporated walnuts and pecorino cheese.

If you consider yourself old-fashioned and want the real thing (but low-fat), try Hungry Girl’s pesto, which uses fat-free ricotta cheese, pine nuts, basil and garlic.

PUTTANESCA
Why it was named “whore’s style spaghetti” in Italian is a mystery to us — say what you want, it’s still one of our favorite Italian dishes. For a healthy recipe, we recommend Ellie Krieger’s pasta puttanesca with whole-wheat spaghetti, Spanish olives, capers, anchovy paste and tomatoes.

We also drooled over Food Republic’s recipe, which keeps the kitchen time and fat content to a minimum. We couldn’t help but give them extra points for their photo’s caption: “If there’s one sure way to fall in love with anchovies, this is it.” So true!

VODKA
When we’re watching our waistline, vodka sauce falls high on our list of “foods to avoid.” Like Alfredo, the sauce is normally loaded with heavy cream. Eating Well gave the sauce a healthy makeover with its recipe for penne with vodka sauce and capicola, substituting half-and-half for the heavy cream.

We also found a winner in 6 Bittersweets’ recipe for what it calls its “boy-approved spiked pasta.” Must we go on?

WHITE CLAM
If you’re craving seafood, look no further than Whole Foods’ recipe for linguine with white clam sauce. Reasons to love it: It’s so easy that it’s practically foolproof, it contains only 310 calories and 2 grams of fat, and you’ve already bought the pinot grigio, so you might as well have a glass with it too.

Healthy Delicious sold us on its recipe for linguini with white clam sauce — it could have sold us on the photo alone. It’s proof that low-calorie (350), low-fat (10 grams) dishes don’t have to skimp on flavor.