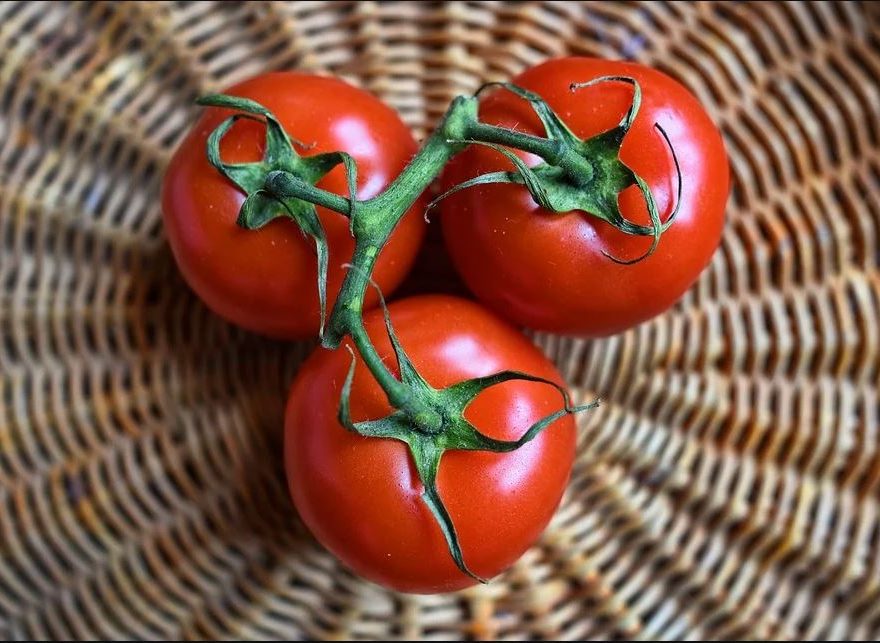 We’re writing this so that all of you can finally stop arguing about whether tomatoes are classified as fruits or veggies. You’re all correct — sort of. Now find another pointless topic for debate, like how to pronounce the word “mature” or whether the end of the toilet paper should hang behind or in front of the roll. The reason for the confusion is that there are two definitions of a fruit: the scientific definition and the culinary definition. Scientists decided that a fruit is the edible reproductive body of a seed plant and develops from the ovary at the base of a flower. With this definition, a tomato is a fruit. Specifically, tomatoes are botanically classified as berries since they are simple fruits having seeds and pulp produced from a single ovary. Avocados, bananas, pumpkins, watermelons and persimmons join tomato in the berry category. Let’s follow the usual progression of this argument from here: Person A: See! I told you it’s a fruit since it has seeds! Person B: Yeah? Well, how about pineapple, huh? That doesn’t have seeds. Is it a vegetable then? And cucumbers have seeds! Are you trying to say those are fruits too?

Here’s the weird thing about pineapple: It would have seeds, but that requires pollination, and pollination is prevented in commercially grown pineapples because it negatively affects the quality of the fruit. In fact, hummingbirds are prohibited in Hawaii because of this. Since it’s still technically a seed-producing plant, pineapple is botanically considered a fruit. And yes, cucumbers would be considered a fruit, scientifically speaking — as would squash, pumpkin, peas, beans, corn, eggplant, sweet peppers and even cereal grains like wheat and rice. Even some nuts are botanically classified as fruits. Cooks decided they didn’t give a damn what scientists said and thought it made a lot more sense to base the classification on the flavor of the produce and whether it’s typically used for a meal or for dessert. If it’s sweet and is used in foods like pies, it’s a fruit. If it’s more on the savory side and is typically used as part of a non-dessert meal (i.e., breakfast, lunch or dinner) it’s considered a vegetable. Under this rule, tomato is a vegetable. Rhubarb complicates matters even further: It’s botanically classified as a vegetable, but it’s often considered a fruit in the culinary world because of its sweetness and its use in desserts like rhubarb pie. This debate is so ancient and so shockingly important to people that it even had its own Supreme Court case in 1893. In Nix v. Hedden, the Supreme Court unanimously decided that customs regulations should classify tomato as a vegetable instead of a fruit. At the time, imported vegetables had been taxed under the Tariff Act of 1883, but imported fruits had not. This case concluded that imported tomatoes should be taxed as well since everyone was calling them vegetables anyway. In conclusion, potayto, potahto; tomayto, tomahto. Call it what you want, fruit or vegetable. Just don’t let the toilet paper hang behind the roll.