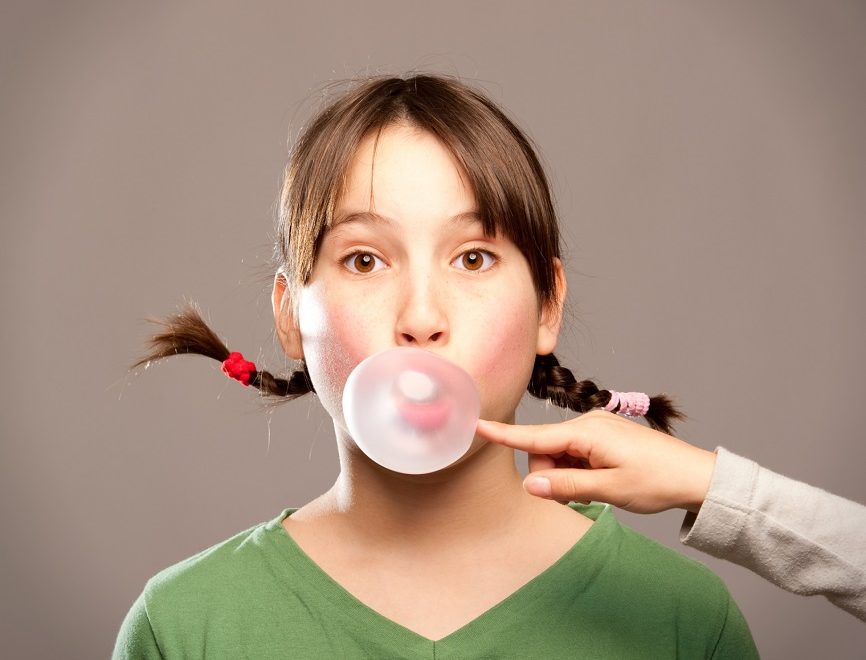 The warning has been passed from parent to child for generations: Don’t swallow your chewing gum. Your body can’t digest it, and it will be stuck in your stomach for seven years.

At least part of this urban myth is accurate. It’s true your body can’t digest most of the gum, but it’s not going to hang around for nearly a decade.

The stomach does a great job of moving things in and out of our system. If you swallow a piece of chewing gum, your stomach muscles are going to contract and relax, and push it, mostly intact, to its final destination: the toilet.

Now, your mom does have a bit of an excuse for planting this myth in your head: In rare and extreme cases, swallowed gum has caused dangerous blockages in the digestive system.

What do we mean by extreme? A 1998 article in the journal Pediatrics recounted three unusual cases: In one, a 4-year-old boy was eating up to seven pieces of gum a day (and swallowing each piece), which caused a blockage in his system. The second case involved a 4-year-old girl whose parents were using chewing gum as a reward system. The girl would swallow one piece so she could get another, eventually resulting in a rectal mass that had to be extracted. And in the third case, a 1.5-year-old who regularly chewed gum decided to swallow four coins as well, which — as you can imagine — caused some problems.

Today’s chewing gum consists of sweeteners, flavoring and coloring in a gum base made of elastomers, resins, fats, emulsifiers and waxes. Most of that base is indigestible — though our body still absorbs the sugar or sweeteners, which is why gum does have calories.

It’s not likely that swallowing your gum will land you in the hospital, but Dr. Steven Dowshen, a pediatrician, warns that your chances of blockage are higher if you consume large amounts, many small pieces over a short period of time, or also swallow foreign objects (e.g., coins).

Additionally — Dr. Michael F. Picco, a gastroenterologist with Mayo Clinic, explains — “large amounts of swallowed gum combined with constipation have caused intestinal blockage in children. It’s for this reason that frequent swallowing of chewing gum should be discouraged, especially in children.”

Most doctors advise that kids shouldn’t chew gum until around the age of 5, when they’re able to fully understand the importance of spitting it out rather than downing it like other candy.

Dowshen recommends that gum-chewers have no more than one or two pieces per day and always spit it out to be safe.

And, if you’re a decent human being, “spit it out” means you dispose of it in a way that will not ruin someone else’s day — or furniture. Just throwing that out there. No one likes a sticky shoe.