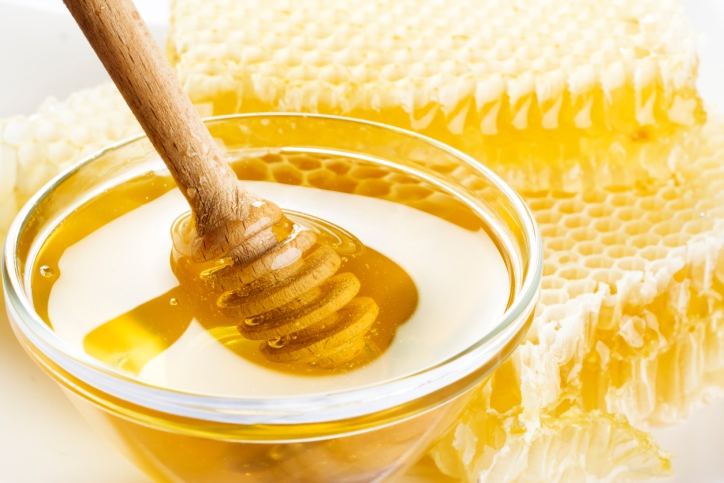 Somewhere in the Hundred Acre Wood Winnie the Pooh is very upset. Food Safety News released the results of a study at the beginning of the month showing that more than 75% of the honey sold in U.S. grocery stores has been processed in a way that removes all pollen — which means that honey technically isn’t really honey anymore. Oh, bother.

The study
Food Safety News hired Vaughn Bryant — director of the Palynology Research Laboratory and one of the nation’s premier melissopalynologists (i.e., investigators of pollen in honey) — to test more than 60 jars, jugs and, yes, even those cute plastic bears of honey purchased from supermarkets, discount warehouses, big-box stores, pharmacies and honey packets served in mini-markets and fast-food restaurants in 10 states and the District of Columbia.

What’s the big deal?
So your honey doesn’t have pollen. So what? Well, without pollen, it’s almost impossible to trace the origins of the honey, eliminating the producers’ accountability for low-quality or contaminated products. According to Food Safety News, ultrafiltration is a process used by some honey producers that heats the honey, sometimes waters it down and then forces it at high pressure through extremely small filters to remove the pollen — the only ingredient that can reveal the true source of the honey.

Imagine hundreds of people developed some kind of food poisoning from honey — honey that had been ultrafiltered and the pollen completely removed. (Note: There has been no research suggesting that ultrafiltered honey is more likely to contain contaminants.) Sure, the packaging might label the honey as “ValueTime” (Giant Eagle’s brand) or “Great Value” (Walmart’s brand), but according to Food Safety News, where the honey is actually bottled is often a mystery. Without the pollen, there would be no way to track the source of the contamination.

Additionally, allergy sufferers often look to honey to lessen the sensitivity to hay fever (though there is no reliable research confirming its effectiveness). It’s the pollen’s impurities that are believed to have this effect, so most honey bought in U.S. stores won’t help since the pollen has been removed. Ultrafiltration’s heating process also can damage some of the natural products’ disease-fighting properties, according to Prevention magazine.

So … why hasn’t the FDA done something about this?
The industry has been demanding stricter regulation of honey imports for years to no avail. The FDA has taken action against unsafe honey imports before — in 2010, it seized more than $32,000 worth of bulk honey from a Philadelphia distribution center due to its contamination by a potent antibiotic — but the agency has accumulated criticism over the years for what many believe to be negligence in checking the quality of honey entering the country. The results of this Food Safety News study appear to corroborate such criticism.

Why are honey producers ultrafiltrating the honey in the first place?
The Food Safey News study provided three possible answers to this question: First, many consumers want their honey crystal clear. Second, grocery stores appreciate the ultrafiltrated honey’s longer shelf life. However, beekeepers quoted in the article claimed that traditional filtering should do the job of catching bee parts, wax, debris from the hives and other visible contaminants while maintaining the honey’s pollen content. Thus, some sources quoted in the story suggested that the only reason all pollen is filtered out is to hide where it initially came from.

It is, however, important to note that tracking honey through pollen isn’t always simple. As Discovery News explained, “Beekeepers can only estimate where their insects wander off to for the day and might not be able to help it if their honeybees end up pollinating their neighbors’ crops instead of their own.”

For Pooh-Bear-worthy honey …
Stick to local farmers markets or buy directly from the beekeeper. Just “bee” warned — sorry, couldn’t resist the pun — raw honey isn’t crystal clear like what you’re probably used to seeing in stores. But you’re more likely to get the healthful benefits from the natural form of honey.

More info
Food Safety News initiated this study after one of its previous studies found U.S. groceries flooded with Indian honey banned in Europe as unsafe because of contamination with antibiotics and heavy metals.