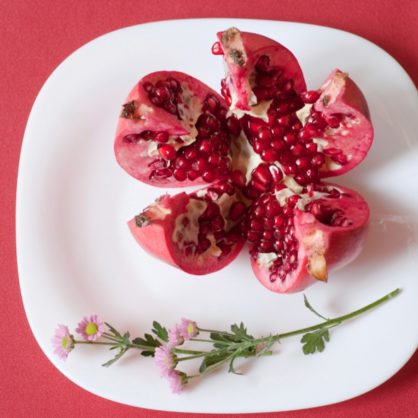 Acai. Pomegranate. Wheatgrass. Anyone can name at least a couple of “superfoods.” But does anyone really know what they are and how they differ from other nutritious foods? Anyone? Bueller?

What IS a superfood?
According to the “Oxford English Dictionary,” a superfood is “a food considered especially nutritious or otherwise beneficial to health and well-being.” It’s easy to nod and smile at such statements when they’re directed at fruits and veggies, but if KFC told you its fried chicken basket was “considered especially nutritious,” wouldn’t you want to know who did this considering and how exactly they defined “especially nutritious?” You should be asking these questions anyway, even though the foods labeled as “superfoods” are known to be relatively healthy. It might save you money in the end. (We’ll get to that.)

How does a food get labeled as a superfood?
The truth is that no federal agency or food regulating organization actually has defined “superfood.” The term is unregulated, and products claiming to be superfoods were actually banned in Europe in July 2007, unless the product is accompanied by a specific authorized health claim that explains the health benefits to consumers.

The problem with “superfood” labeling
The Academy of Nutrition and Dietetics stated that there are three major problems with superfood claims:

1. “Regulators have not found an appropriate labeling system to help consumers distinguish between foods that are nutrient-rich because nutrients or beneficial components have been added during processing (such as highly processed and enriched/fortified energy bars) and foods that are naturally nutrient-rich (such as whole grains)”;

2. “Some foods that are touted to have superior nutritional properties are high in added sugars, saturated fat or sodium (e.g., sweetened herbal smoothies)”; and

3. “Some foods that are promoted to be nutritionally superior contain nutrients or beneficial food components with low bioavailability.”

“The problem with nutrient-by-nutrient science is that it takes the nutrient out of the context of food, the food out of the context of diet and the diet out of the context of lifestyle,” Michael Pollan, author of “The Omnivore’s Dilemma: A Natural History of Four Meals,” told the Guardian. The publication cited beta carotene as an example. When eaten in its natural form, it appears to work as an antioxidant, eliminating the body’s free radicals that can damage DNA and initiate cancers. However, when the compound was separated by scientists and ingested as a dietary supplement, it was linked with an increased risk of certain cancers, the Guardian stated.

This is good news!
We’re not saying superfoods are actually masked-evil-villain foods. What we’re trying to tell you here is good news: You don’t need to buy expensive superfoods to stay healthy. Just eat a balanced, varied diet complete with foods you know to be nutritious. As Cooking Light explained, “grapes, cherries, blueberries and wine offer the same antioxidants as acai for a lot less dough.”

The ADA stresses eating a “super diet” instead of concentrating on individual foods as the key to good health. (At this point, you should be saying, “Ahem. Please define ‘super diet.’” Great point! Thank you for bringing that up!) Thankfully, the ADA can provide a specific definition: a diet that follows the recommendations of the “Dietary Guidelines for Americans” on a daily basis.

“Rather than focusing on a single disease or food component, the ‘Dietary Guidelines’ provide science-based advice to promote health and reduce overall risk for major chronic diseases through diet and physical activity,” stated the ADA’s website.

If it tastes like dirt — or grass — eat something else!
The other good news: You can stop doing those nasty shots of wheatgrass. It turns out the nutrient content of wheatgrass is roughly equivalent to that of common vegetables. Stop torturing yourself and eat some broccoli or spinach instead.