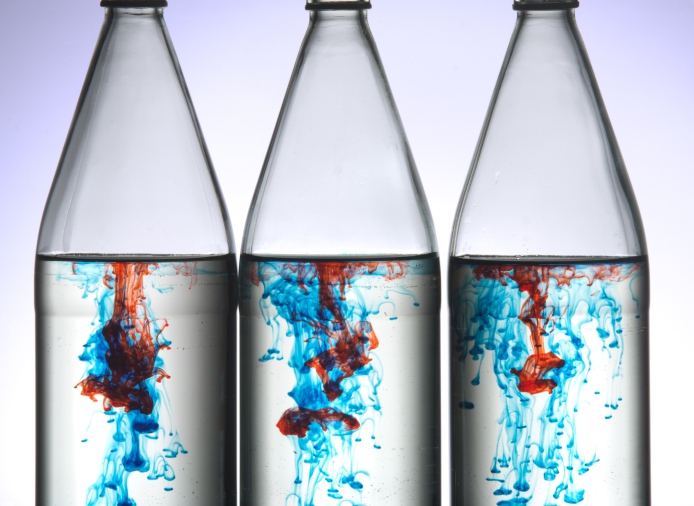 Most of us know food additives have something to do with those mysterious words on your potato chips’ ingredient list that you can’t pronounce. But what are they really?

Well, food additives can range from welcomed vitamins and minerals to the infamous MSG and high-fructose corn syrup. In general, they’re substances regulated by the Food and Drug Administration that are added to food in order to improve flavor, appearance or shelf life.

That definition still fails to help us, though, when we come across, for instance, ethylenediaminetetraacetic acid. While it looks like a funny word created to give “supercalifragilisticexpialidocious” a run for its money, it’s actually a real ingredient used in various beverages during the processing phase.

In order to simplify things, we’ve created a glossary of the most common food additives (in alphabetical order) and included their uses, examples of foods/drinks they’re used in and their level of safety. But you’re on your own with pronunciation.

We’ve color-coded each food additive according to their safety level, based on information from the Center for Science in the Public Interest:

The important thing to keep in mind with any diet is moderation. Too much of anything could be bad for you. The best way to maintain a safe and healthy diet is to keep your diet varied without overindulging too frequently in one type of food or drink.

ARTIFICIAL COLORING
What is it? Also known as food coloring, artificial coloring can be added to food and drink in the form of liquid or powder in order to add color, enhance naturally occurring colors, offset color loss due to storage conditions or mask natural variations in color.

Examples: Well — in case you didn’t already know (spoiler alert!) — Skittles aren’t multicolored because they fell out of rainbows. Believe it or not, food dye is behind that one. But what many don’t realize is that food coloring is frequently used in seemingly “natural” foods, such as oranges and salmon.

Safety: Last year, the FDA looked into research suggesting a link between synthetic food dyes and attention deficit hyperactivity disorder. So far, there have been no changes to the regulation and packaging of food and drink with artificial coloring, and the FDA claims they’re safe. The Center for Science in the Public Interest cautions against over-consumption of dyes Blue 1 (due to an unpublished animal test suggesting a small cancer risk) and Red 40, which can cause allergy-like reactions in some.

ASCORBIC ACID
What is it? Ascorbic acid is a form of vitamin C. It’s used as a food additive in order to maintain the red color of cured meat, to prevent browning in fruit products and to prevent the formation of nitrosamines, which promote cancer. It’s also added to a lot of food and drink so manufacturers can tout “with vitamin C!” on their products’ packaging.

ASPARTAME
What is it? Aspartame is a very sweet, artificial sweetener used as a sugar substitute in some low-calorie foods and beverages. You know those little Equal sugar packets you can add to your coffee? That’s aspartame.

Safety: It’s probably a good idea to limit your consumption of aspartame. Various studies have pointed to an association between aspartame and cancer. CSPI recommends avoiding artificially sweetened foods and switching to products sweetened with sucralose, or Splenda.

Safety: Many studies insist BHA and BHT are safe, but some controversial studies have linked it to cancer in rodents. According to CSPI, the U.S. Department of Health and Human Services considers BHA to be “reasonably anticipated to be a human carcinogen,” but the FDA still allows its use in foods. BHT has also been linked to cancer in some animal studies. Though it’s difficult to avoid BHA, try to avoid both as much as possible.

CALCIUM CHLORIDE
What is it? Calcium chloride is often added to food as a preservative, as well as a dough-strengthening and –raising agent. Manufacturers sometimes use it instead of sodium chloride (salt) since it has the added benefit of calcium, an essential mineral.

Safety: It’s generally recognized as safe (GRAS) by the FDA. There’s currently no evidence to suggest it’s dangerous to consume in the amounts found in food and drink products.

HIGH-FRUCTOSE CORN SYRUP
What is it? High-fructose corn syrup — more easily referenced as HFCS — is a sweetener made from corn that is sweeter and cheaper than sucrose, which is made from sugar cane.

Safety: HFCS has gained a bad reputation in the past decade when experts noted that obesity skyrocketed at the same time HFCS consumption increased. The theory was that many people were metabolizing HFCS it differently than other forms of sugar and that it was raising the risk of obesity and Type 2 diabetes. However, most experts now regard HFCS to be no different than other forms of sugar and blame the controversy on the fact that too much sugar in general had started being added to too many foods at the same time HFCS was introduced.

ETHYLENEDIAMINETETRAACETIC ACID (EDTA)
What is it? EDTA is a synthetic chemical used to “fortify” grain-based foods, such as breakfast cereals and cereal bars, in addition to its role as a preservative.

Safety: EDTA is generally recognized as safe by the FDA, and there has been no research suggesting otherwise in the quantities found in food and drink.

GUAR GUM
What is it? Guar gum is an inexpensive natural thickening agent that comes from the seed of the guar plant. It’s also used in weight-loss products because of its high fiber content.

Safety: Guar gum in food and drink has not been associated with any negative effects. Many actually use it as a dietary supplement to lower cholesterol, lower blood-glucose levels, as a source of soluble fiber and to alleviate the pain of gastric ulcers.

MONOGLYCERIDES & DIGLYCERIDES
What is it? Monoglycerides and diglycerides are emulsifying agents that prevent oil and water in food products from separating. Basically, it’s so you don’t complain when your peanut butter is thick on the bottom and thin on the top.

Safety: There have been no scientific studies suggesting a negative health impact from monoglycerides and diglycerides.

MONOSODIUM GLUTAMATE (MSG)
What is it? MSG is a form of the naturally occurring chemical glutamate and is used in foods as a flavor enhancer.

Safety: If there’s a food additive with a worse reputation than HFCS, it’s MSG. Whether this reputation is warranted or not is debatable. One issue with MSG is that manufacturers sometimes add it for flavor so they can reduce the amount of real ingredients in their food. Another contribution to the controversy is that some rodent studies have claimed that MSG destroys nerve cells in the brain. Lastly, some people report experiencing negative side effects — such as headache, nausea, weakness, a burning sensation in the back of neck and forearms, and sometimes difficulty breathing — when exposed to large amounts of MSG, though most experts agree this is probably a rarity if it occurs at all. If you suspect you’re sensitive to it, avoid it, and avoid products that have “hydrolyzed soy protein” and “autolyzed yeast” on their ingredient lists since those may contain MSG.

NIACIN
What is it? You’re probably more familiar with this one’s other name: vitamin B3. It’s added as a dietary supplement to food.

Safety: Niacin is not only safe but also good for you. It can boost your HDL, or “good,” cholesterol, according to MayoClinic, and a deficiency in niacin can cause pellagra, which is characterized by mental disturbances and potentially death.

OLESTRA
What is it? Procter & Gamble introduced olestra in 1996 as a substitute for fats in snacks since it contained no calories or fat.

Safety: Think of olestra as aspartame. Aspartame can add sweetness without the calories or sugar; olestra can add faux fat without calories or fat. But at what cost? According to CSPI, olestra reduces the body’s ability to absorb essential vitamins and nutrients and can cause diarrhea and loose stools, abdominal cramps, flatulence and other side effects. You’re probably better off eating baked potato chips.

SODIUM BENZOATE
What is it? Sodium benzoate is a preservative added to foods, drinks and condiments to prevent spoilage.

Safety: Sodium benzoate is generally regarded as safe — though some people do experience allergic reactions, such as hives and asthma. According to MayoClinic, it has also been implicated as a potential trigger for hyperactivity in children with attention-deficit hyperactivity disorder, but more research is needed to establish a link if one exists.

SODIUM NITRITE/NITRATE
What are they: Sodium nitrate is a salt added to foods as a preservative and dye that breaks down into sodium nitrite.

Safety: According to CSPI and CNN, adding sodium nitrate to food can lead to the formation of small amounts of carcinogens called nitrosamines, particularly in fried bacon. Most companies now use ascorbic acid or erythorbic acid to bacon instead. MayoClinic also claims it has been linked to atherosclerosis, a hardening of the arteries that could lead to heart disease, and diabetes. We think it’s a good idea to put this one on your “Don’t Eat” list.

SORBITOL
What is it? Sorbitol is a type of sugar used as a preservative, thickening agent and an artificial sweetener in foods labeled as sugar-free, light or diabetic.

Safety: Sorbitol occurs naturally in some fruits and is safe in moderate amounts. Large amounts, however, can lead to some gastrointestinal problems, including diarrhea, abdominal pain and bloating.

Safety: For most people, sulfites are completely safe. For sensitive individuals (usually severe asthmatics), there has been a proven link between sulfites and asthmatic attacks, though this is a rare side effect. Some have reported a link between sulfites and other symptoms, such as hives, nausea and diarrhea, but these claims have not yet been substantiated. If you suspect you’re sensitive to sulfites, be sure to avoid them.