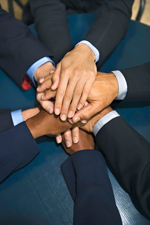 When it comes to the way we treat our environment, our health and our fellow man, we’ve come a long way, baby. In honor of the premiere of “Mad Men,” HellaWella examines how attitudes toward key issues have changed since the 1950s and 1960s.

If Don Draper was around today, one wonders if he would use his slick charm to develop a campaign defending some of the world’s worst polluters. Or, as a known risk taker, would he have been one of the first to embrace efforts to promote better environmental protection?

If “Mad Men” runs for several more seasons, we may soon find out. As the show moves through the 1960s, its characters will be forced to confront a changing world that includes a greater concern about the environment. After all, it was 1970 that saw the creation of two of America’s most iconic symbols of environmental stewardship: the Environmental  Protection Agency and Earth Day.

Established on Dec. 2, 1970, EPA consolidated a variety of federal programs into one agency with a clear mission of ensuring environmental protection. And while today government spending in this area isn’t as high as, say, the Department of Defense — EPA’s enacted 2012 budget is $8.4 billion compared with DoD’s $671 billion — there are still many who feel the agency is an unnecessary burden on American taxpayers, with GOP candidates like Ron Paul advocating for its elimination.

1970 also saw the first observance of Earth Day. During the late 1960s, Wisconsin Sen. Gaylord Nelson grew frustrated with the environment’s lack of political attention and recruited activist Denis Hayes to organize a teach-in on April 22. Thus, Earth Day was born. According to National Geographic, an estimated 20 million Americans participated in environmental rallies and other events on that first Earth Day. Today, Earth Day is celebrated by more than a billion people in 180 nations around the world.

In the fourth season of “Mad Men,” Don Draper makes the brash move of formerly announcing in The New York Times that his agency (Sterling Cooper Draper Pryce) will no longer accept tobacco accounts. And while that action drew the ire of his associates, Draper was on the right track; by 1969, the way cigarettes were advertised would change forever.

In 1965, the Federal Cigarette Labeling and Advertising Act was created, requiring all cigarettes to carry the label “Caution: Cigarette Smoking May Be Hazardous to Your Health.” The law also forbade labels on cigarette advertisements and required the Department of Health, Education, and Welfare (DHEW) to report annually to Congress on the health consequences of smoking.

In 1969, the Public Health Cigarette Smoking Act took things further with a more decisive warning label: “Warning: The Surgeon General Has Determined that Cigarette Smoking Is Dangerous to Your Health.” The law also prohibited cigarette advertising on television and radio.

The latest action on cigarettes and public health will begin in September when the FDA will require larger, more prominent cigarette health warnings on all cigarette packaging and advertisements in the United States.

Of course, smoking wasn’t the only vice to gain attention after excessive use in the 1950s and ’60s. Alcohol consumption was a part of everyday life, and while alcoholism was already considered a major health problem, the men of the “Mad Men” era had no qualms about indulging in their favorite drinks at any time of the day. In the early 1950s, alcohol was already considered a personality disorder by the American Psychiatric Association , and in 1956, the American Medical Association declared it an illness.

And imbibing wasn’t just for the men. With all we know today about alcohol and pregnancy, it was hard to watch Betty Draper sipping on cocktails with a cigarette in hand while pregnant with her latest child. However, at the time, little was known about the effects of alcohol on a developing fetus. In fact, it wasn’t until 1973, when the term “fetal alcohol syndrome” was coined by doctors Kenneth L. Jones and David W. Smith, that the medical community began to seriously examine the effects of alcohol on child development.

Despite the attention alcohol was already receiving during the time of “Mad Men,” the massive effort to warn the public about its potential health risks had yet to begin. Just as the aforementioned fetal alcohol syndrome was first recognized in the 1970s, so too were efforts put under way to have warning labels placed on alcoholic beverages. In 1979, one of the first efforts to require warning labels on all alcoholic beverages was adopted by the U.S. Senate, but never made it to the House of Representatives. Over the next decade, the health warning law would come to pass, with today’s version including the mandated “Government Warning” before every label.

If it wanted to more accurately reflect the times, “Mad Men” would be called “Mad Christian Straight (or Closeted Gay) White Men.” Reflecting society at the time, the agency leaders are all white males, and while strong female characters like Peggy and Joan have emerged, they are constantly battling sexism and those who question their business ability. African-Americans on the show have it even worse, with the only characters being in service roles, such as elevator operator. And if you happened to be gay, you had best keep it to yourself, as Sal did. By the mid-1960s, civil rights issue was gaining national attention, lead by the passing in 1964 of Public Law 82-352 (78 Stat. 241), which forbade discrimination on the basis of sex, as well as race in hiring, promoting and firing. To make sure the law was implemented, Title VII of the act created the Equal Employment Opportunity Commission (EEOC). While these regulations did a lot to prevent discrimination against minorities and women, there was one group that has been historically left out of the discussion. While the religious right may have you believing that gay, lesbian, bisexual and transgendered folks are running around openly flaunting their lifestyles, the reality is that today many people, just like Sal did, have to keep their sexual orientation hidden from their employers. In fact, in 38 states there are no laws that prohibit employment discrimination based on both gender identity and sexual orientation.

What will the future hold?

Looking back, it’s easy to criticize the “Mad Men” society as being old-fashioned and out of touch. But what will future generations say about us? Will there be a show in 50 years depicting the highs and lows of society in the 2000s? Share your thoughts with us below.