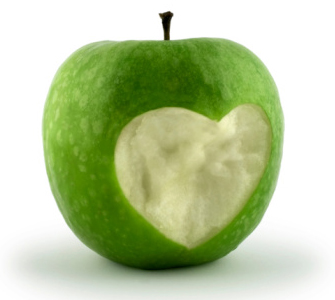 No one expects you to run your own farm and live off the land, but there are plenty of simple ways you can reduce the impact your food has on the environment. Sustainable eating means the production of your food doesn’t hurt the environmental systems that we depend on.

There are plenty of reasons to care, including your own health and food safety, but this article is mainly focused on the environmental effects of food production. SustainableTable.org clearly articulates the issues with unsustainable food: “Industrial agriculture causes massive topsoil erosion and aquifer depletion, undermines genetic diversity, and pollutes air, water and soil with toxic chemicals, causing $34.7 billion worth of environmental damage annually in the United States alone.”

We’re not asking you to completely overhaul your lifestyle; even following one of these tips can make a difference. And maybe after you take that first step, you’ll realize why it’s worth it and take another. That said, in no particular order, we present to you the top 10 ways to eat more sustainably.

1. Eat organic.
This probably isn’t a shock to you; you’ve been encouraged to eat organic food for years. But it’s possible you weren’t aware of the environmental benefits of it. Organic food production follows certain standards that promote biodiversity (i.e., a balanced ecosystem), sustainability, natural plant fertilization, natural pest management and soil integrity.

USDA-certified organic foods cannot contain synthetic pesticides, fertilizers or antibiotics; their production cannot involved genetic engineering, irradiation or sewage sludge; all organically produced animals must be given 100% organic feed, which does not contain any animal byproducts or growth hormones; all organically produced animals must have access to the outdoors; and the product must contain at least 95% organic ingredients. It’s true that organic products can be produced unsustainably, but usually organic farming falls into the category of sustainable agriculture.

We bet we can guess what you’re thinking right now: “These are all good reasons to buy organic, but that doesn’t change the price tag on organic food products.” It’s true; organic food tends to be more expensive. Pick and choose what to buy organically based on the amount of pesticides in conventional produce. The Environmental Working Group has composed a list called the Dirty Dozen of the 12 most pesticide-heavy produce that you should buy organic, as well as the Clean 15 — a list of the cleanest conventional produce that isn’t necessary to buy organic.

2. Eat seasonally and locally.
The farther our food travels from farm to plate, the larger the carbon footprint. A 2005 study found that the conventional food distribution system used four to 17 times more fuel and emitted five to 17 times more carbon dioxide than the local or regional systems.

While it can’t hurt to buy all your food locally, it’s important to note that the most important items to pick up at your local farmers market are fruits and vegetables. According to EWG data, buying broccoli locally can reduce the overall footprint by 20%; buying tomatoes locally can reduce it by 25%. Local meat purchasing makes only a 1% to 3% impact.

In addition to helping the environment, you’re supporting the community’s economy and your food is fresher. Even if you don’t have any farmers markets nearby, you can check the food labels at the grocery to determine where the product comes from.

American groceries are usually stocked with almost anything you could ever want year-round, but produce does have peak seasons. During peak seasons, you can find fruits and vegetables produced locally. But out of season, they’re often shipped long distances to make it into your supermarket, thereby increasing their carbon footprint. If you really can’t live without something during the winter months, freeze it before the season’s end and store it for future use. SimpleSteps.org offers an incredible online tool to find out what’s in season in your area or find a farmers market near you.

3. Eat sustainable seafood.
Sometimes the ways in which seafood reaches your plate hurts the environment. This is usually due to unsustainable practices, such as overfishing (i.e., catching fish faster than they can reproduce), habitat damage (e.g., the fishing method could damage the sea floor, destroying the fish habitat) or bycatch (i.e., the fishing method kills animals other than the ones being fished).

For quick tips on ensuring your seafood is sustainable. For a guide to finding sustainable food. And to find out which supermarkets were ranked highest for selling sustainable seafood. Still have questions? Check out the Monterey Bay Aquarium’s informative website.

4.  Eat less meat and dairy.
Alright, carnivores. Hear us out — we promise we won’t demand you become vegetarian or vegan. But you should know that meat production accounts for about 18% of the world’s greenhouse gas emissions, according to the United Nations Food and Agriculture Organization. The main reasons for this are feed production, manure and the digestive process of cows, sheep and other “ruminant” livestock.

The majority of the livestock raised in the United States for our consumption is fed a combination of soybean meal, corn and other grains that must be shipped to the farm, increasing the use of fuel and emission of carbon dioxide. Additionally, the grains used to feed the livestock require an immense amount of fertilizer, fuel, pesticides and water. That fertilizer produces nitrous oxide, which has 300 times the warming effect of carbon dioxide, according to the Environmental Working Group.

Livestock don’t clean up after themselves. According to EWG, livestock in confined feedlots generate about 500 million tons of manure a year — three times the waste produced by Americans! That waste generates methane and nitrous dioxide. Finally, the digestive processes of cows, sheep and other livestock — but not pigs and chickens — involves the release of methane, which is 25 times more harmful to the environment than carbon dioxide.

If you can’t imagine your life without hamburgers, what about making a small sacrifice and going one day a week without meat? This is exactly the idea proposed by the national Meatless Mondays campaign, which states that going meatless just once a week could reduce your risk of cancer, cardiovascular disease, diabetes and obesity, in addition to reducing your carbon footprint and saving natural resources. Check out their website for more details.

5. If you do eat meat, make sure it’s grass-fed, free-range, hormone-free and organic.
Remember what we said about how the livestock feed increases the carbon footprint of meat? Pasture-based systems minimize this problem since the cows graze on grass and naturally fertilize it with their own waste. Thus, eating grass-fed meat is more environmentally friendly than consuming the meat produced by industrial farming systems. If you need some help finding grass-fed meat and dairy products, EatWild.com has a helpful guide to local suppliers.

You can also make a difference by broadening your usual meat options. Don’t just stick with chicken breasts when including poultry in your diet; the thighs and legs can be a healthy and delicious addition to a meal. By eating more of the organs and “less desirable” animal parts, you help reduce what goes to waste.

Try to keep your consumption of lamb, beef, cheese, pork and farmed salmon to a minimum. According to EWG, those products generate the most greenhouse gases. Plus, with the exception of salmon, they also tend to contain high amounts of saturated fat and have a more significant impact on the environment due to the chemical fertilizer, feed, fuel, pesticides and water necessary to raise them.

6. Speaking of waste, don’t do it! Make food from scratch.
We’re not talking about how your mom used to say “Eat everything on your plate; there are starving kids in Africa.” You can save that food for later if you’ve eaten enough. But she had a point about wasting good food — you probably do it more often than you realize. How long have those beans been in your pantry? Use them! Try to use as much as you have in the kitchen before restocking to avoid wasting food once it spoils.

And believe it or not, those packaged products you buy in the grocery aren’t made by magic. You can make them too. OK, not chicken, obviously. But you don’t need Betty Crocker to bake a birthday cake. Mayonnaise, jelly, potato (or veggie!) chips, mustard, peanut butter, dried fruits, bread and even Nutella can be made from scratch at home.

7. Grow your own herbs and/or produce — and learn how to compost!
If you’re skipping over this one because you don’t have a backyard, not so fast! We’ve got the best guide to gardening in the “concrete jungle” for all you urban dwellers, so no excuses! You can grow anything from a little rosemary and thyme to tomatoes, pepper and kale (think of the kale chips!).

Before you trash your leftovers, know this: It’s logical to assume that your tossed food scraps will end up rotting away and turning to dust in a landfill, but that’s usually not the case. Even the most compostable products can remain intact inside landfills because by design, landfills are meant to bury trash so that it is isolated from groundwater, kept dry and will not make contact with the air. And according to the Environmental Protection Agency, yard trimmings and food scraps make up about 27% of what we throw away.

All you need to do to is let nature do its thing — save the scraps and compost them. If you don’t have a backyard, we once again have you covered. We know decomposing food in your apartment doesn’t sound too appealing, but there are (non-stinky and non-gross) solutions. Find out how to make it work with our guide to indoor composting.

8. Buy products with less packaging and reuse packaging.
Individually wrapped mozzarella sticks are definitely convenient — we won’t argue with you there. But it’s about time we stop looking for the tiniest bit of added convenience and instead focus on the environmental impact we could have by putting in the littlest amount of extra effort — meaning you’re perfectly capable of packing our own lunch and snacks before you head to work. It will take you 30 seconds to a minute more than it would take to throw that individually wrapped snack in your (reusable) lunch bag.

Instead of buying a little bit here and there, buy in bulk as much as possible. Rather than purchasing a can of black beans, buy a big bag that can last you weeks or a month. Choose products with recyclable packaging. If this isn’t an option in some cases, reuse the packaging. Those plastic containers that held last night’s spinach can be used to store leftovers. The mayo jars can be used to hold your homemade jam — since you’re making things from scratch now (see No. 6).

And make sure you use those grocery totes that you keep forgetting to bring to the market so you don’t have to carry groceries home with plastic bags. (Just don’t forget to wash them.

9. Buy fair-trade products.
The production of some foods — such as coffee, tea and chocolate — is often environmentally destructive and can involve tearing down rainforests for plantations, as well as excessive air and water pollution.

10. Drink tap water.
We need H2O to hydrate our bodies — so why not make sure it’s free and eco-friendly? According to the EPA, 30 millions tons of plastic were thrown away in 2010, and 13 millions tons of that plastic came from single-use plastics like water bottles.

And the production of water bottles takes a toll on the environment as well. Approximately 1.5 million barrels of oil go into the manufacturing of a year’s worth of water bottles for American consumption, according to the Earth Policy Institute. Not to mention shipping! The transportation of water from Italy, France and Fiji to New York alone results in 4,000 tons of annual carbon dioxide emissions, according to O magazine.

While marketers of water bottle brands may swear to you that it’s healthier than tap water, there’s no evidence to support this claim. So use a glass and hit up the faucet. You’ll save energy and money!