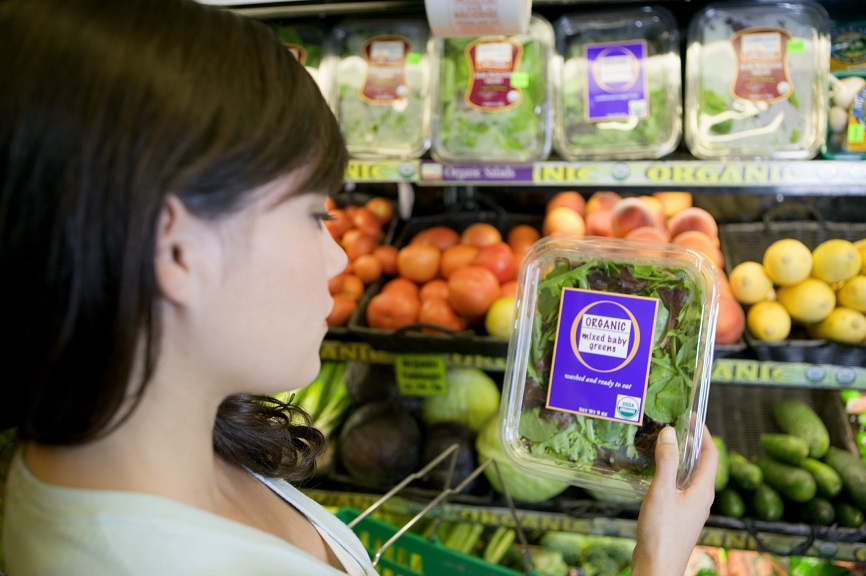 You might think organic food would cost less than conventional food since the production is spared the cost of the chemicals, synthetic pesticides and antibiotics. Yet organic products typically cost 20% to 100% more than their conventionally produced equivalents.

In an economy that is sluggishly recovering from a recession, that’s a price tag many Americans can’t afford, even though the majority of them would prefer to buy organic. If you’re part of that majority, you’ve probably wondered what’s behind that cost. Here are the top 10 factors contributing to the high price of organic food:

Conventional farmers use all of those chemicals and synthetic pesticides because they end up reducing the cost of production by getting the job done faster and more efficiently. Without them, organic farmers have to hire more workers for tasks like hand-weeding, cleanup of polluted water and the remediation of pesticide contamination.

The Organic Farming Research Foundation explained it well: “The organic price tag more closely reflects the true cost of growing the food: substituting labor and intensive management for chemicals, the health and environmental costs of which are borne by society.”

Retail sales of organic food rose from $3.6 billion in 1997 to $21.1 billion in 2008, according to the USDA, and 58% of Americans claim they prefer to eat organic over non-organic food. However, organic farmland only accounts for 0.9% of total worldwide farmland, and organic farms tend to produce less than conventional farms. Conventional farms have the farmland and the supply to keep costs down since manufacturers are able to reduce costs when producing a product in larger quantities.

Sewage sludge and chemical fertilizers might not be something you want in your food, but conventional farmers use them because they don’t cost much and are cheap to transport. Organic farmers eschew these inexpensive solutions in order to keep their crops natural and instead use compost and animal manure, which is more expensive to ship.

Instead of using chemical weed-killers, organic farmers conduct sophisticated crop rotations to keep their soil healthy and prevent weed growth. After harvesting a crop, an organic farmer may use that area to grow “cover crops,” which add nitrogen to the soil to benefit succeeding crops.

In order to avoid cross-contamination, organic produce must be separated from conventional produce after being harvested. Conventional crops are shipped in larger quantities since conventional farms are able to produce more. Organic crops, however, are handled and shipped in smaller quantities since organic farms tend to produce less, and this results in higher costs. Additionally, organic farms are usually located farther from major cities, increasing the shipping cost.

Acquiring USDA organic certification is no easy — or cheap — task. In addition to the usual farming operations, farm facilities and production methods must comply with certain standards, which may require the modification of facilities. Employees must be hired to maintain strict daily record-keeping that must be available for inspection at any time. And organic farms must pay an annual inspection/certification fee, which starts at $400 to $2,000 a year, depending on the agency and the size of the operation.

Conventional farmers use certain chemicals to reduce their loss of crops. For example, synthetic pesticides repel insects and antibiotics maintain the health of the livestock. Since organic farmers don’t use these, their losses are higher, which costs the farmer more and increases the cost to the consumer. Additionally, without all the chemical preservatives added to conventional foods, organic foods face a shorter storage time and shelf life.

Higher standards for animal welfare also means more costs for organic farms. According to the Food and Agriculture Organization of the United Nations, organic feed for cattle and other livestock can cost twice as much as conventional feed.

Time is money. Not only are organic farms typically smaller than conventional ones, but they also, on average, take more time to produce crops because they refrain from using the chemicals and growth hormones used by conventional farmers.

Production-oriented government subsidies reduce the overall cost of crops. In 2008, mandatory spending on farm subsidies was $7.5 billion while programs for organic and local foods only received $15 million, according to the House Appropriations Committee.

Will the cost of organic food ever drop?

A Mint.com article stated that the price premium for organic food should decrease with the development of “more accurate pricing schemes, increased demand and improved production efficiencies. But still, chances are a premium will remain due to the costs built into the organic industry.”

Until then, try to get most of your organic food from farmers markets. You’ll be supporting local farmers and purchasing the food at a reduced price since you’re cutting out the middle-man retailer. Check out LocalHarvest.org. You can plug in your city or zip code and get a list of all of the farmers markets in your area.

It’s also important to note that you don’t need to buy all foods organic. The Environmental Working Group’s Shopper’s Guide to Pesticides has a “Clean 15″ list of the 15 types of produce lowest in pesticides. Save your money for the other organic produce and buy the conventional versions of these: