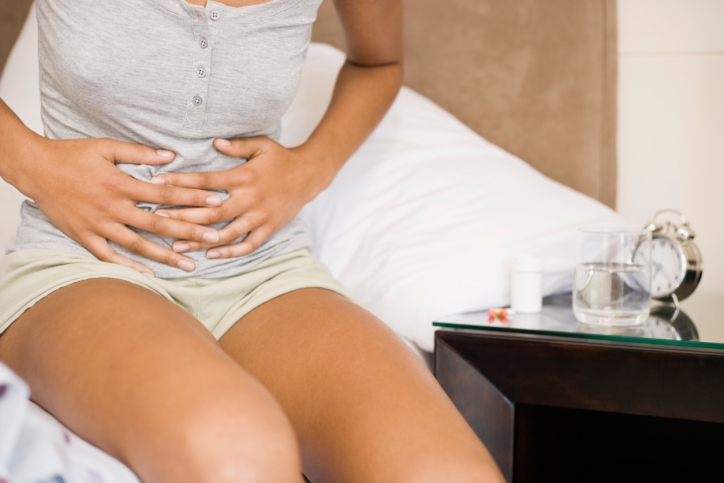 Sometimes when your stomach angrily growls in protest, you know that fourth slice of pizza was to blame. But other stomach pain may be more mysterious, last longer and be more painful. Check out our list to make sure your tummy ache doesn’t hint at something more serious.

Indigestion: Symptoms include uncomfortable fullness after a meal and pain in the upper abdomen — thanks to overeating tragically delicious foods like chocolate, spicy food, greasy food or carbonated beverages. It’s generally nothing to worry about, but talk to your doctor if you feel these symptoms often, as it could be a sign of functional dyspepsia, a type of stomach impairment.

Food poisoning: Signs of food poisoning — like nausea, cramps and watery diarrhea — usually start within hours of eating the contaminated food but can also kick in days later, according to the Mayo Clinic. Symptoms generally last up to 10 days, but if you have a temperature, show symptoms of dehydration or vomit blood, head to the doctor.

Gastroenteritis: Commonly referred to incorrectly as “the flu,” gastroenteritis differs from influenza in that it affects the intestines rather than the respiratory system. Symptoms are similar to food poisoning but also tend to include muscle aches and a low-grade fever.

Irritable bowel syndrome: A common disorder than affects your colon, symptoms include cramping, a bloated feeling, gas, diarrhea and constipation that lasts for more than 12 weeks. Most people with IBS have certain trigger foods like dairy, fiber and alcohol, and adjusting the diet generally helps. However, IBS also includes more serious conditions like Crohn’s disease and ulcerative colitis, so talk to your doctor if you’re experiencing symptoms.

Food intolerance: Symptoms include nausea, cramping and stomach pain when you eat certain foods, like dairy, fruit or gluten.