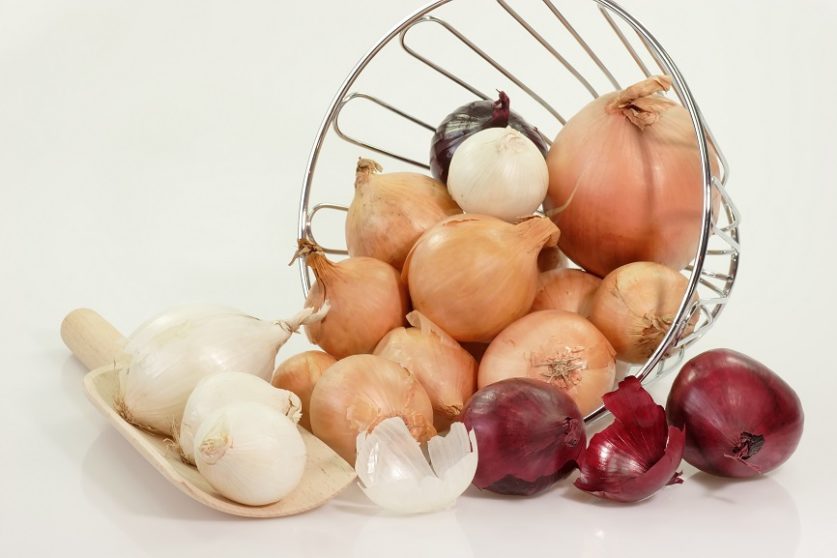 Not every onion is alike. Different types should be used in different ways — otherwise, you might end up with a salad that has too much bite or caramelized onions that don’t have enough flavor. To know what to choose, you need to understand each onion’s strengths and weaknesses.

Also known as brown onions for the yellow-brown papery peel, these are usually the cheapest at the grocery and are available all year. They’re both sweet and bold (onion-y?), and should be cooked unless you want some intense onion-tasting food and extra-intense onion-smelling breath. They have the highest sulfur content of all the onions, which gives it that potent onion flavor when raw. Stick with these for things like French onion soup, caramelized onions, stews and shish kabobs.

A paler version of the yellow onion, white onions also have a lighter flavor — milder and a little sweeter. They’re a staple in Mexican cuisine, and get sweeter when sautéed. Use these for salsa, potato salad, pasta salad and white sauces.

If you’ve been using these for caramelizing, you’ve now discovered why caramelized onions don’t quite taste as good when you’re the one cooking them. Sweet onions — which you’ve probably seen labeled Vidalia, Maui, Walla Walla and/or Texas Spring Sweet — are, obviously, sweeter than the rest and have less of a bite to them. The flavor further diminishes when you cook them, so it’s best to eat these raw. Throw these on your salads and sandwich creations.

The attractive red onion most resembles the yellow onion in flavor, though it’s usually considered slightly milder than its yellow cousin. Don’t expect that beautiful color to last if you’re cooking it; instead, serve it raw and sliced on salads, burgers and sandwiches.