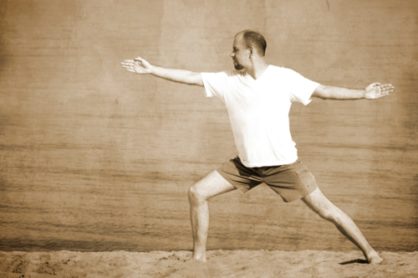 Are you searching for a new yoga practice that tones your body? Or are you more interested in meditation? There are so many different types of yoga practices; how do you know which one to take? We whipped up a guide to help you through the decision-making process so you know what you’re getting yourself into before heading off to your first class.

The styles listed below are currently the most popular forms of yoga in the United States.

1. For the beginner: Hatha

The most widely practiced form of yoga in the United States today, Hatha yoga is gentle and focuses on breathing, holding the pose and quieting the mind, all of which are the basic building blocks to any yoga practice. Hatha is a general term to describe a wide variety of yoga styles.

Vinyasa is similar to Hatha but is faster-paced and more fitness-oriented. It is also a general term to describe a variety of styles. The poses are linked together in a series of movements that are synchronized with the breath. Emphasis is placed on the breath and the transition in and out of the poses. Upward movements correlate with inhalations of the breath, and downward movements with exhalations.

Founded by Bikram Choudhury, Bikram yoga is a form of hot yoga performed in a series of 26 postures done in a hot — 105 degrees Fahrenheit or greater — environment, which is meant to mimic the climate of the birthplace of yoga: India. The heated environment allegedly promotes more flexibility, detoxification and prevention of injuries.

4. For the fidgety yogi: Ashtanga

Ashtanga is based on six series of poses that increase in difficulty, allowing you to work at your own pace. Also known as power yoga, you’ll be kept on the move, flowing through one pose to the next in a constant cycle throughout your practice time. Unlike Hatha, Ashtanga is about the journey to each pose rather than keeping a pose. Not recommended for the beginner.

5. For the perfectionist: Iyengar

B.K.S. Iyengar developed this style of yoga in order for you to gain proper alignment of the body. Once your body is aligned properly, you reap the maximum benefits of yoga and prevent injuries. Iyengar yoga utilizes a variety of props to help you reach proper alignment in each pose — no matter how basic — such as wooden gadgets, belts and ropes. Great for all levels!

6. For the spiritual seeker: Kundalini

This ancient form of yoga is challenging both physically and mentally. Kundalini incorporates the physical, mental and spiritual aspects of yoga, focusing on awakening the energy at the base of the spine and drawing it upward. In addition to postures, expect to do some chanting, meditation and breathing exercises.

7. On the path to enlightenment: Jivamukti

Jivamukti is a vinyasa style of yoga that attracts a wide variety of people, including many celebrities. Meaning “liberation while living,” it was created by David Life and Sharon Gannon in 1986. According to TheSecretsOfYoga.com, Jivamukti features five disciplines, which form the foundation of the practice and are incorporated into every class. The incorporation of these principles into an asana practice ensures that yoga is being practiced for its original purpose: as a means to enlightenment and not merely as a physical exercise.