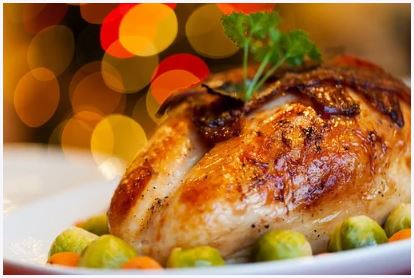 Whether you’re a newbie on the verge of a nervous breakdown because you’re in charge of the turkey for the first time this year or you’re just tired of doing the same old thing every holiday, we have a recipe for you that’s sure to impress even the crankiest family member this Thanksgiving.

For the traditional cooks, a perfect roast turkey recipe. For the experimental, black pepper-pomegranate molasses glazed turkey. For the adventurous, the turducken. Read on for more, including beer-can turkey, Cajun-injected spicy turkey and the world’s simplest Thanksgiving turkey.

If you’re looking for a classic turkey — the kind you think belongs in one of those old-fashioned wholesome Thanksgiving photos — try this recipe from Barefoot Contessa. Perfectly seasoned with lemon juice, lemon zest, fresh thyme, onion and garlic, this turkey is surprisingly simple to make and will be sure to make your parents proud.

There’s a reason this isn’t called beer turkey or beer-marinated turkey — you literally stick the entire can of beer inside the bird. (This strategy is sometimes referred to as “beer-in-the-rear turkey” or “beer butt turkey.” We don’t recommend calling it this at the dinner table.) There’s even a gadget for it: the beer can turkey rack. (You can also use a turkey sitter — a ceramic stand that holds liquid.) This Cat Cora recipe for beer-can turkey uses mustard powder, garlic powder, dried onion, paprika, garlic and cumin for seasonings — we recommend rubbing the spice mixture under the skin of the turkey. Don’t try to get fancy with the beer — most recipes we’ve seen use Foster’s or Heineken.

The reviews on this recipe from Williams-Sonoma convinced us to include it — reviewers swear by it because of the flavor and melt-in-your-mouth tenderness. Brining — if you’re not familiar with it — is a method in which the turkey is soaked in salt water, ensuring moist, juicy meat when you’re finished cooking. Not only is this turkey easy to make, but it also only requires five ingredients: turkey, salt, water, buttermilk and butter.

For an all-in-one unbelievable turkey-gravy recipe, use this Southwestern-inspired one from Bon Appetit. The glaze combines traditional flavors, like honey and orange, with contemporary ones, like cumin and chilies, for a flavorful turkey with a kick. The glaze and gravy provide a citrus-y, spicy flavor to the juicy meat.

You’d probably never think to combine pomegranate molasses and horseradish — but Bobby Flay did, and it works beautifully with this Thanksgiving turkey recipe. In case you’re intimidated, this recipe comes with an instructional video from “Throwdown with Bobby Flay.” Try using this pomegranate syrup recipe from Alton Brown for the molasses.

Want a smokier flavor on your Thanksgiving bird? Try this recipe from Martha Stewart that marinates the turkey in Foster’s barbecue sauce, vinegar, red pepper flakes and sugar, then barbecues it on a grill, adding occasional coals, when necessary, from a firestarter chimney or second smaller grill. Martha recommends pairing it with her tomato herb gravy.

Miso isn’t just for that soup you get with your sushi — and it’s not going to give your Thanksgiving turkey an Asian flavor. This recipe from Gourmet rubs the turkey with miso to make the meat incredibly moist and to add a rich meatiness to the gravy. The recipe advises against using a brined or kosher turkey for this recipe because the miso already adds enough salt.

If you want to put a little “South in your mouth,” as Paula Deen would say, but without using a Paula Deen recipe, try this one from Emeril Lagasse. The marinade adds some serious Cajun flavor with its combination of crab boil, apple cider, Creole seasoning, beer and cayenne, among other ingredients. Injecting the turkey with this mixture guarantees flavorful turkey in every bite.

If you’re looking for a low-fat Thanksgiving turkey, this isn’t it (and good luck). But brining it with brown sugar, maple syrup, garlic, ginger, soy sauce and thyme — like this recipe does — makes for an insanely flavorful turkey that’s perfected with the smoky flavor added during grilling.

So you’re the type of person who barely knows how to cook pasta, and somehow you got stuck with cooking the turkey this year. Don’t panic. The Food Network has a recipe just for you. It consists of — I kid you not — one tiny paragraph of directions and uses chopped onions, carrots, apples and herbs for flavor. An easy, foolproof way for even the most disastrous amateur cook to steal the show this Thanksgiving.

One of the top-ranked recipes of all time on Epicurious.com, this Bon Appetit recipe uses a low-salt brine of apple cider, allspice and bay leaves, as well as an apple cider and butter glaze, and — to top it off — a gravy made with fresh sage, applejack brandy and whipping cream. It’s everything you love about fall on a turkey. Bon Appetit recommends pairing the bird with its apple, sausage and parsnip stuffing with fresh sage.

So maybe it’s just you and your significant other this Thanksgiving. You want to celebrate the holiday but realize there’s no point in spending the money on a giant bird when it’s just the two of you eating it. For a simple solution, use this recipe from AllRecipes.com that combines turkey breasts, bacon, gravy, garlic pepper, flour, Worcestershire sauce and sage in a Crock-Pot and lets it slowly cook for eight hours on low. Tender, delicious turkey for the two of you with minimal effort so you can save some energy for the side dishes.